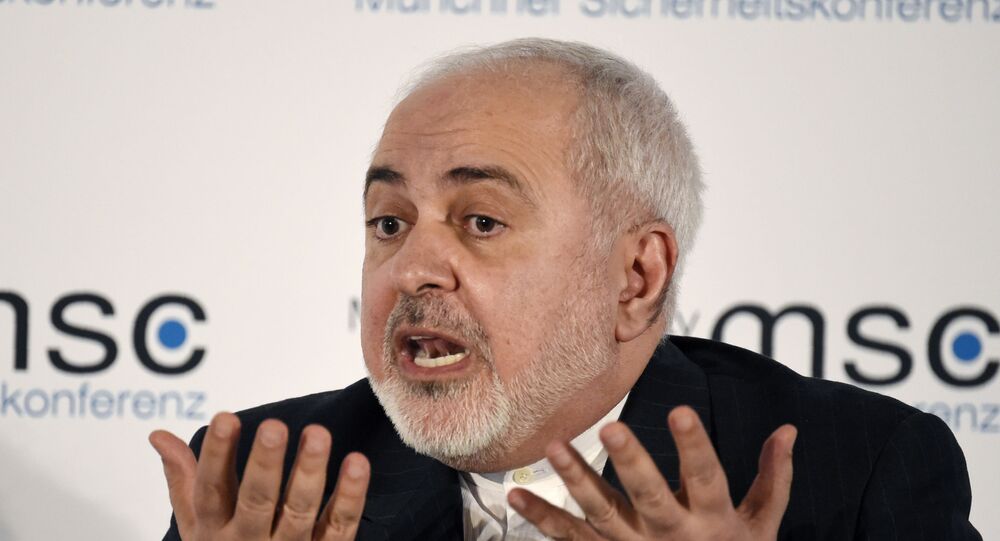 TEHRAN (Sputnik) - Iranian Foreign Minister Mohammad Javad Zarif has sent a letter to UN Secretary-General Antonio Guterres in an attempt to hold the United States accountable for the withdrawal from the nuclear deal two years ago.

"The United Nations should have immediately considered the issue of US responsibility, holding its government  accountable for the consequences [of the withdrawal] that are a clear violation of the UN Charter and international law", the Iranian Foreign Ministry quoted the letter on the occasion of the US exit anniversary.

© AFP 2020 / BEHROUZ MEHRI
Iran Nuclear Deal Will ‘Die Forever’ If US Uses ‘Sanctions Virus’ to Extend Arms Embargo – Tehran
According to Zarif, the time has come for the UN Security Council to guarantee compliance of all parties.

In 2015, Iran signed the Joint Comprehensive Plan of Action (JCPOA) with China, France, Germany, Russia, the United Kingdom, the United States, Germany, and the European Union. It required Iran to scale back its nuclear program and severely downgrade its uranium reserves in exchange for sanctions relief, including lifting the arms embargo five years after the deal's adoption.

On 8 May 2018, the United States abandoned its conciliatory policy on Iran, withdrawing from the JCPOA and hitting Iranian petroleum industries with sanctions.