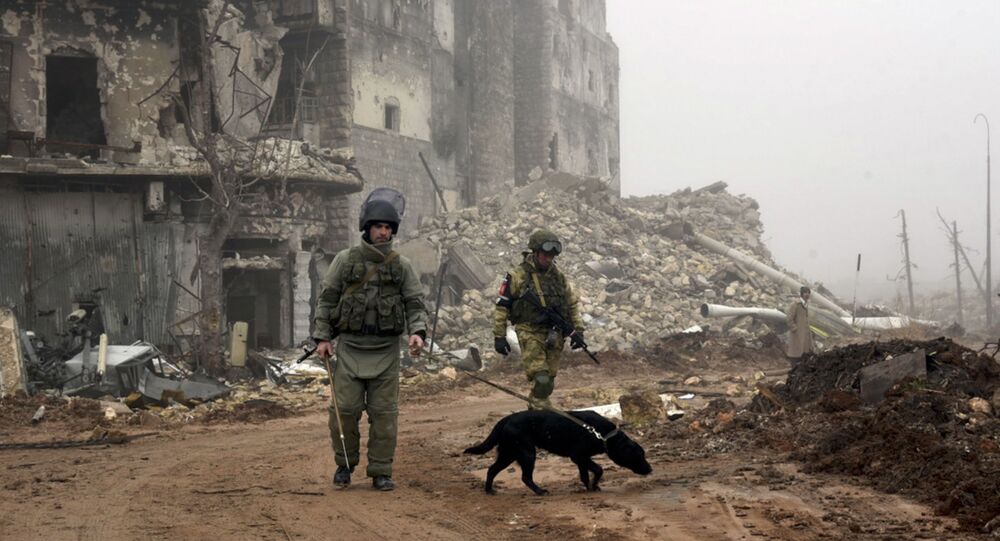 "Engineering units of the armed forces of the Syrian Arab Republic performed mine clearance tasks in Arbil, Duma, Mazraat Mahmud, Jasim, Anhul, Kafr Shams and Al Harah (Daraa province) over the past 24 hours. Two hectares were cleared, 60 explosive objects were found and destroyed", the centre said in its daily bulletin.

Additionally, the Russian side of the Russian-Turkish commission monitoring the implementation of the Syrian truce has not recorded a single ceasefire violation over the past 24 hours, while the Turkish side has registered three breaches.

The daily report added that the Russian military had not carried out any humanitarian operations in Syria over the given period.

Russia, Turkey, and Iran are the ceasefire guarantors in conflict-affected Syria. Russia regularly performs humanitarian operations across the country and helps Damascus provide safe passage for the return of Syrian refugees.