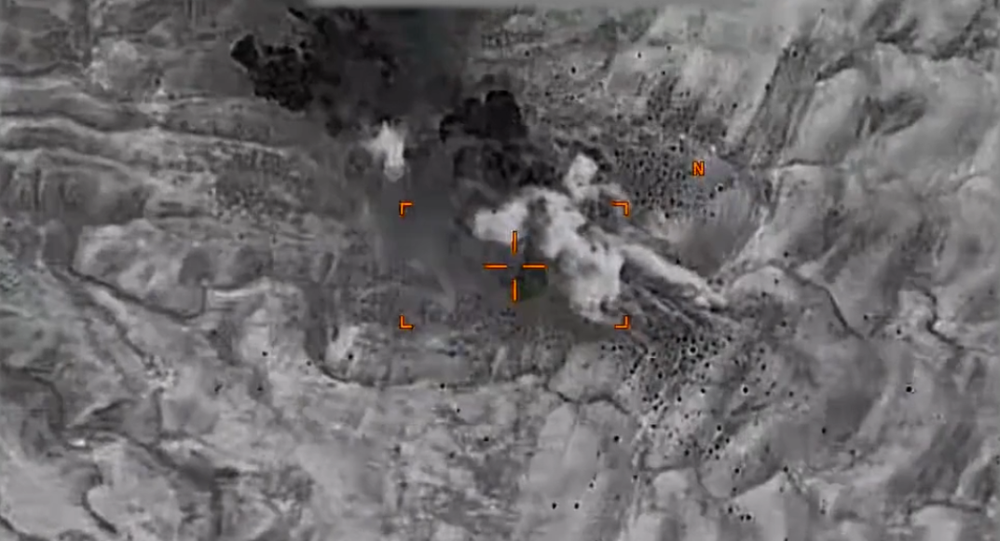 According to the news release, the ridgeline is “a known Daesh safe haven with intricate tunnel and cave systems used to smuggle weapons, facilitate senior leader movements and plot terrorist attacks in the region. Daesh senior leaders and their operatives have used the rugged mountains as one of their last remaining operating areas in Iraq.”

“The presence of Daesh in Iraq continues to diminish, thanks to the efforts and sacrifices of our Iraqi partner forces,” JTF-OIR Special Operations chief Maj. Gen. Eric Hill said in the release. “Strikes like these help our Iraqi partners maintain relentless pressure on the Daesh scourge, no matter where these terrorists hide.”

“The airstrikes were conducted in coordination with the Government of Iraq,” the statement also notes. It’s an important distinction to make, as unilateral US strikes in recent months have drawn ire and condemnation from Iraqi politicians and the Iraqi public alike, including one attack in early January that killed Iranian Maj. Gen. Qasem Soleimani, who had led Iranian and Iraqi forces in the fight against Daesh, as well as Abu Mahdi al-Muhandis, a leading Iraqi Popular Mobilization Forces commander.

The British Royal Air Force also carried out airstrikes in the region several weeks ago, although it only announced them on April 25, Sputnik reported. The attacks hit Daesh targets west of Tuz Khurma, a town east of the Hamrin Mountains.

Al-Monitor reported in mid-April that Daesh might use the opportunity created by the COVID-19 crisis, as well as recent withdrawals of US troops from several bases in northern Iraq, to try and stage a comeback. The group has controlled no territory since a combined US-Kurdish-Syrian offensive destroyed its last stronghold in eastern Syria in early 2019.

“Despite the suspension of the global coalition’s operations, Iraqi forces are conducting operations to hunt down the terrorist organization on the border with Syria," Iraqi Defense Ministry spokesperson Yahya Rasoul told Al-Monitor on April 9. "[Daesh] has incurred huge losses in recent days as it tried to exploit the coronavirus crisis to expand its terrorist operations.”