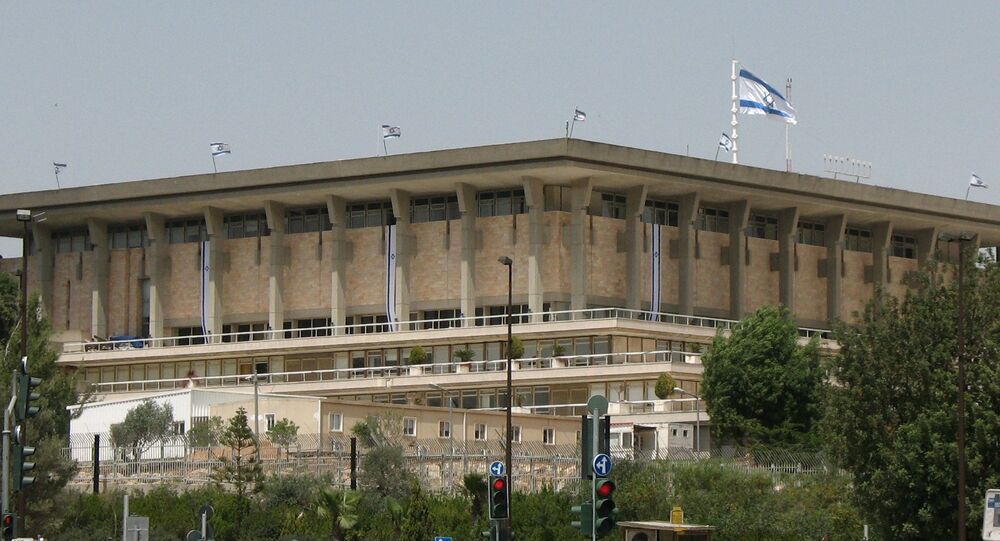 Clock's Ticking on Netanyahu & Gantz to Form Government: If They Fail, Knesset to Disperse on 7 May

The coalition agreement might have been inked, but as time goes by the formation of a government still seems to be a long way off. While Netanyahu and Gantz are busy divvying up ministerial positions, Israel’s High Court is set to decide whether the pact the two forged was actually legal.

On 20 April, when Prime Minister Benjamin Netanyahu and the head of the Blue and White party Benny Gantz signed a coalition agreement to pave the way to form a government, many in Israel sighed in relief.

But as the days passed and no government appeared, Israel realised the pact dividing power between them contained loopholes that parties are still struggling with.

The most important of them is a clause stipulating the transition of power from Netanyahu to Gantz when the former's tenure comes to an end in October 2021.

According to the agreement, Gantz will automatically become Israel's PM. However, Netanyahu can still cancel the rotation if 75 out of 120 members of the country's parliament, the Knesset, vote in favour of the move.

That number was chosen carefully as the Netanyahu-led bloc, which boasts some 59 members will need to find 16 more members to pass the law to scrap the rotation, people they don't have.

Now, however, a special Knesset committee that has been mulling over the agreement, has recommended lowering the number from 75 to 61 members, in accordance with Israeli law. If this amendment is accepted, Netanyahu will only need two more MKs to cancel his rotation agreement with Gantz. The Blue and White understands this and is expected to fight back, which means that the coalition agreement still has a long way to go.

Little progress has been achieved on other fronts too. In order to form a government, the two leaders will first need to decide who will lead which position and that is proving to be a long and laborious process.

The Blue and White, who according to the agreement, gets 15 posts will need to split such prestigious ministerial jobs as defence, strategic affairs, justice, and absorption. Netanyahu's Likud has a tougher puzzle to solve.

© AP Photo / Dan Balilty
Netanyahu and Gantz Agree to Form Emergency Coalition Government
Right now, Likud holds 22 of 29 ministerial posts. With the new agreement in place, Netanyahu, who is the head of a religious-conservative bloc will only manage to obtain 18 posts. The latter will need to be split not only amongst his own Likud members but also with other coalition partners. After all is said and done, Likud is set to have only ten to eleven seats, leaving many current ministers disappointed.

In an attempt to overcome this difficulty, the political duo suggested increasing the amount of deputy ministers from four to sixteen, an unprecedented number not seen since the state was created in 1948.

To keep everyone content, Netanyahu has also secured a number of key diplomatic positions to make sure that it will be Likud manning the posts of ambassadors to the United Nations, London, Paris, and Canberra.

Does High Court Have a Say?

Portfolio distribution is far from being the only obstacle in the path to forming a new government.

Next week Israel's High Court of Justice is set to start a series of hearings on six petitions brought to its attention a week earlier, with two of them demanding the institution decide whether the coalition pact signed by Likud and the Blue and White was actually legal and whether Netanyahu, a man who was indicted in a series of graft probes that include buying positive press and receiving illegal gifts from a rich donor, could actually form a government.

Previous petitions of this kind have been dismissed by the court, who said it didn't want to consider the constitutionality of laws until they actually became such. This time, however, the institution has changed its position, announcing it would expedite the hearings and begin debating the petitions.

The court's decision against the agreement or the PM could deal a devastating blow to the institution's already marred image. The body has claimed to be impartial, but allegedly forged ties with left-wing circles in order to bring down Netanyahu.

This could partially explain the court's reluctance to decide on the matter but if it does, the practical meaning of this would be that the political duo will need to come up with a new agreement, something that might take several weeks - time that they don't have.

The two leaders have up until the 7th of May to figure it out. If not, the Knesset will need to disperse itself prompting another general vote, the fourth in under two years. The latter will most probably take place at the end of July or the beginning of August.