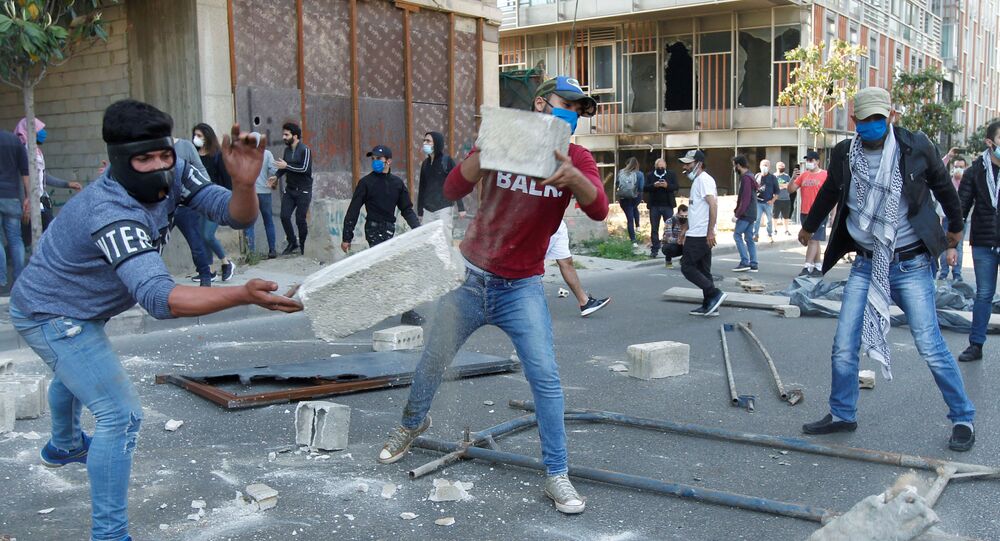 Mass protests have broken out in Lebanon over a state of emergency due to COVID-19 that was declared on 16 March and is set to last until 11 May.

In the live video, Lebanese demonstrators are seen taking to the streets of Tripoli following the death of a protester, Fouaz al-Semaan, which sparked a new series of violent rallies and clashes.

The protester died from his wounds after a demonstration on 27 April.

People are demanding that the government change the worsening economic situation, which is a consequence of the tough economic and financial crises that Lebanon has been going through since October. On 27 April, demonstrators blocked roads and hurled Molotov cocktails at bank offices across Lebanon, as the national currency hit another low.