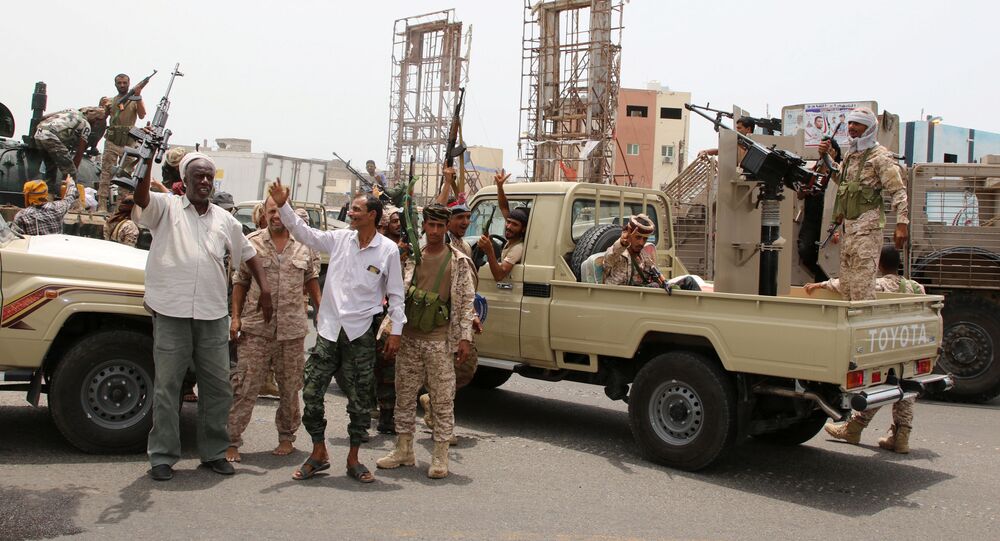 CAIRO (Sputnik) - The Southern Transitional Council has stated it introduced self-governance and a state of emergency in Yemen’s south. The council has been accusing the Yemeni government of corruption, failure to fulfill its obligations, plotting against Yemeni people and failing to pay salaries to civilians and servicemen for months.

Five provinces in southern Yemen have rejected the Southern Transitional Council's (STC) decision to introduce self-governance and declare a state of emergency in the region, the Riyadh-based Yemeni news agency SABA reported on Sunday.

According to the SABA news agency, citing the statement received from provincial authorities, the provinces of Abyan, Shabwah, Hadhramaut, Al Mahrah, and Socotra refused to support the council's decision.

The Abyan provincial administration confirmed renouncing the STC's announcement by calling it a violation of the agreement reached in Riyadh on the termination of the military confrontation between the government and the Southern Transitional Council (STC) security forces, according to the outlet.

It added that residents of the Abyan province supported the legitimate government led by President Abdrabbuh Mansur Hadi. Similar statements were made by the authorities in four other provinces.

In November 2019, Yemen’s internationally recognised government, headed by Hadi, signed a peace deal with the STC aimed at putting an end to their confrontation. Apart from other things, the Riyadh agreement envisioned that the separatists should return facilities and state institutions, which they had previously seized in Yemen’s south, to the government.

The STC was created in 2017. The secessionist movement is backed by the United Arab Emirates, which is part of a Saudi-led coalition that has launched an air campaign against the Houthi rebels in Yemen.