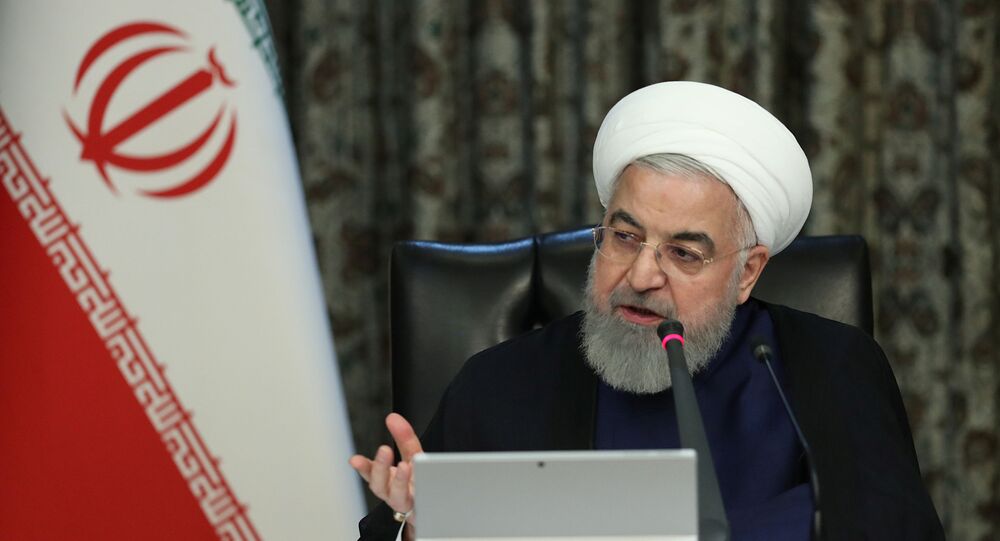 The development comes as Iran finds itself battling on two fronts: firstly against the coronavirus crisis, that has so far infected over 88,000 Iranians and killed 5,574, and secondly against an increasingly assertive American presence in the Persian Gulf.

Iranian President Hassan Rouhani declared on Saturday that his country is closely watching U.S. activities in the Middle East but would not start a conflict in the region.

“The Islamic Republic of Iran follows America’s activities and movements closely but it will never be the one that starts conflict and tension in the region,” President Rouhani reportedly said during a telephone conversation with Qatar’s ruler, Sheikh Tamim Bin Hamad al-Thani.

Mr Rouhani’s comments come amidst increased sabre-rattling between Tehran and Washington. On Wednesday, April 22, President Trump instructed the US Navy operating in the Persian Gulf to shoot at any Iranian ships that target American vessels in the region. Earlier on in April, the U.S. military claimed that 11 Iranian patrol boats harassed a number of its ships in the Persian Gulf by repeatedly sailing too close.

​Last week, the Pentagon appeared to try and pacify tensions slightly by suggesting that the president’s Tweet did not change the rules of American engagement in the Persian Gulf, which are based strictly on self-defense.

“The President issued an important warning to the Iranians. What he was emphasizing is all of our ships retain the right of self-defense and people need to be very careful in their interactions to understand the inherent right of self-defense,” Deputy Defense Secretary David Norquist told reports.

Also last week, Iran successfully put into orbit what it described as its first “military satellite.”

The U.S. response to that launch came thick and fast. U.S. Secretary of State, Mike Pompeo, said at a press conference that Iran’s satellite launch was in breach of United Nations Secretary Council resolutions.

“I don’t think it remotely is, and I think Iran needs to be held accountable for what they have done,” he added.