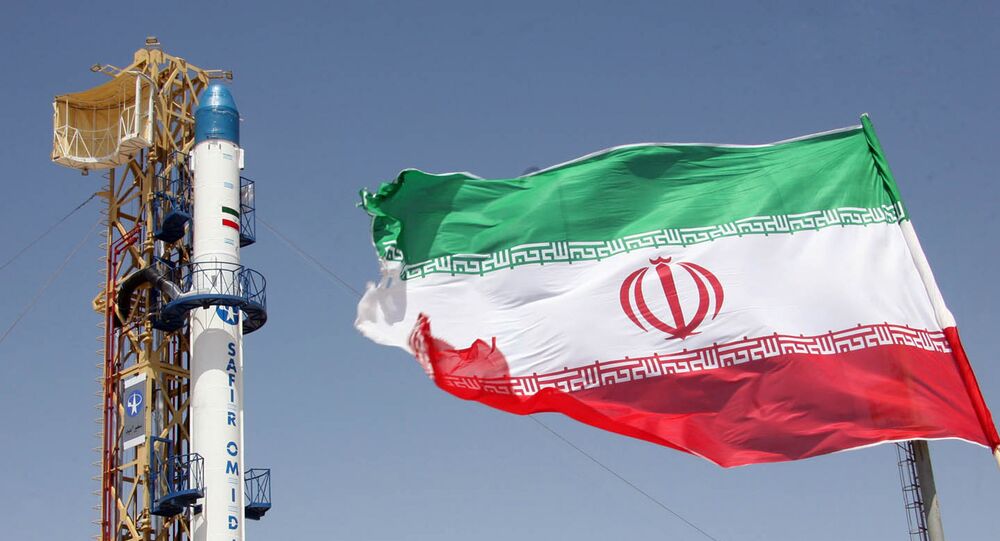 On Wednesday, Vice Chairman of the US Joint Chiefs of Staff John Hyten claimed that an Iranian military satellite "went a very long way" but refused to confirm that it was able to reach its designated orbit.

The footage tweet by Namdar was released by Iran’s Islamic Revolutionary Guard Corps (IRGC) on Wednesday, and shows an Iranian satellite carrier on a launch pad in what is then followed by the rocket taking off and moving towards Earth’s orbit.

The video came as Vice Chairman of the US Joint Chiefs of Staff General John Hyten admitted that the Iranian satellite "went a very long way", declining to confirm, however, that it reached its designated orbit. The general pledged to clarify the fate of the Noor, as soon as he obtains additional information.

Hyten said the US is closely monitoring the launch of the Iranian satellite, describing the orbital platform as a new "hostile" act by Tehran that purportedly threatens the region and the world.

US Secretary of State Mike Pompeo, for his part, stated that Iran should "be held accountable for what it's done", claiming that the launch violated UN Security Council Resolution 2231. The resolution, however, does not prohibit Iran from launching satellites, but rather calls upon the country to avoid testing and launching any type of ballistic missiles, including those used in space programmes.

The claims followed the IRGC's announcement earlier on Wednesday that Iran had successfully launched the Noor (Light) satellite into orbit 425 kilometres (624 miles) above the Earth's surface via the two-stage carrier Qassed (Envoy).

The launch was preceded by several unsuccessful attempts to put the Zafar satellite, designed to gather data on earthquakes and other natural disasters from space, into Earth's orbit.

In February, Iranian Defence Minister Amir Hatami rejected US allegations that the satellite carriers could be turned into military missiles and that the recent unsuccessful launch of a Zafar satellite was part of Tehran's missile programme.