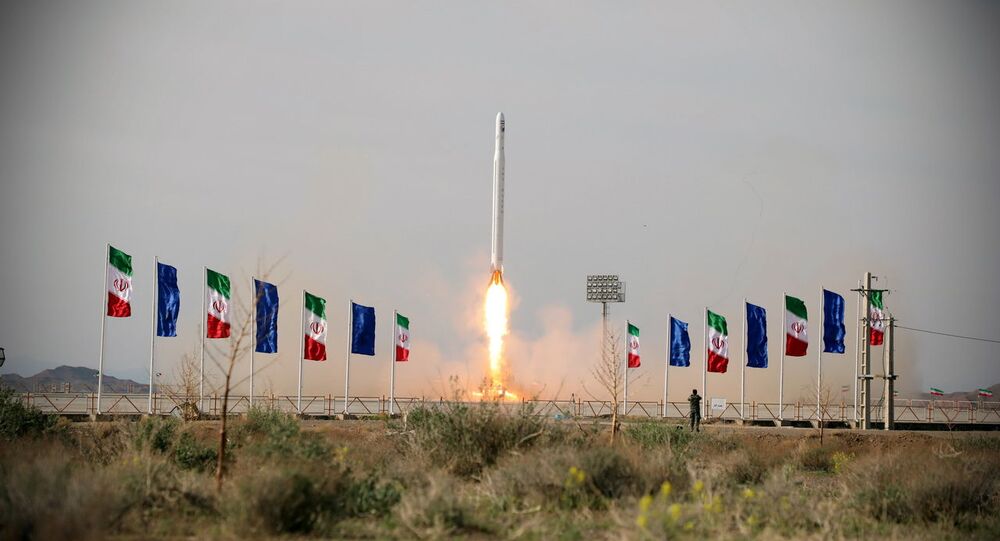 Following an announcement by Tehran about the successful launch of a new military satellite, the vice chairman of the US Joint Chiefs of Staff, General John Hyten, refused to confirm that it had reached its designated orbit (425 kilometres or 624 miles).

Following the 18 SPSC tweet, a tweet from the US Space Command followed, saying that SPACECOM "monitors #space w best surveillance network/missile warning capability in the world".

The recently-established structure responsible for US military operations in space, noted that both the US Department of Defence and Space Force Chief of Space Operations Gen. Jay Raymond were "watching Iran’s pursuit of viable space launch tech/overall ballistic missile prog confident in our ability to #deter #defend all Iranian aggression".

Following the launch of the Noor satellite, described in Iranian media as the nation's "first multi-purpose satellite with application in the defence industry among other areas", US Secretary of State Mike Pompeo warned that Iran "needs to be held accountable for what they have done”, claiming that by launching the satellite into earth orbit, Tehran had violated UN Security Council Resolution 2231.

The latter, adopted in 2015 following the successful sealing of the Iran nuclear deal, officially known as the Joint Comprehensive Plan of Action (JCPOA), provided for the termination of a variety of sanctions in place against Iran at the time.

The resolution, while calling on Iran "not to undertake any activity related to ballistic missiles designed to be capable of delivering nuclear weapons, including launches using such ballistic missile technology", does not explicitly prohibit Tehran from launching satellites.