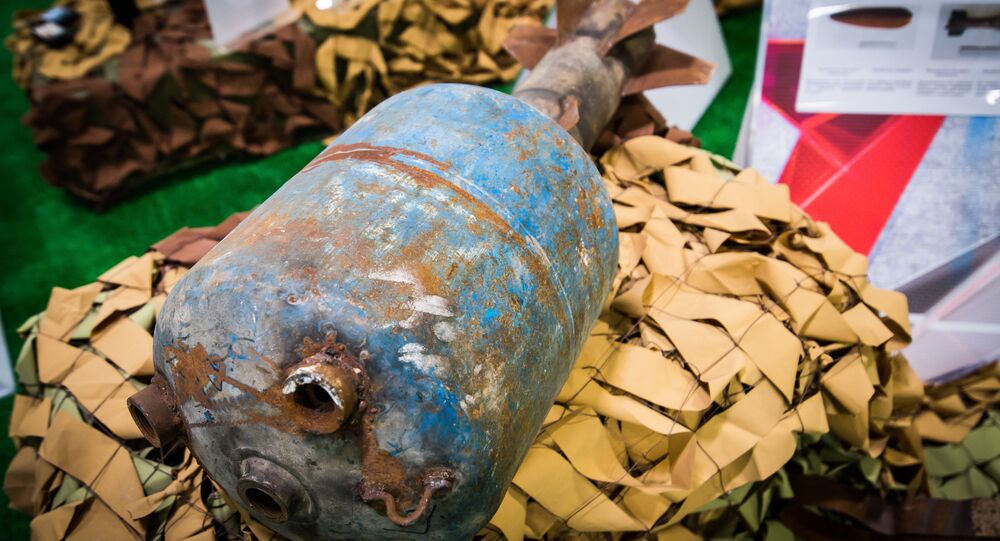 MOSCOW (Sputnik) - The Syrian Armed Forces have cleared 2.1 hectares (5.1 acres) of the country's territory of explosive devices over the past 24 hours, the Russian Defence Ministry said on Tuesday.

"Engineering units of the Armed Forces of the Syrian Arab Republic carried out demining tasks in Douma (Damascus province), Jasim and al-Harra (Deraa province) during the day. [Some] 2.1 ha of the territory [have been cleared]. They found and defused 35 explosive devices", the ministry said in its daily bulletin.

Moscow also announced that there was no return of refugees to Syria from foreign countries during the last 24 hours.

As the fighting has wound down, the Syrian has government started paying more attention to a political settlement, rebuilding infrastructure, and the return of refugees. Russia has been heavily involved in the process of helping the war-torn population of Syria, providing humanitarian assistance and medical help.