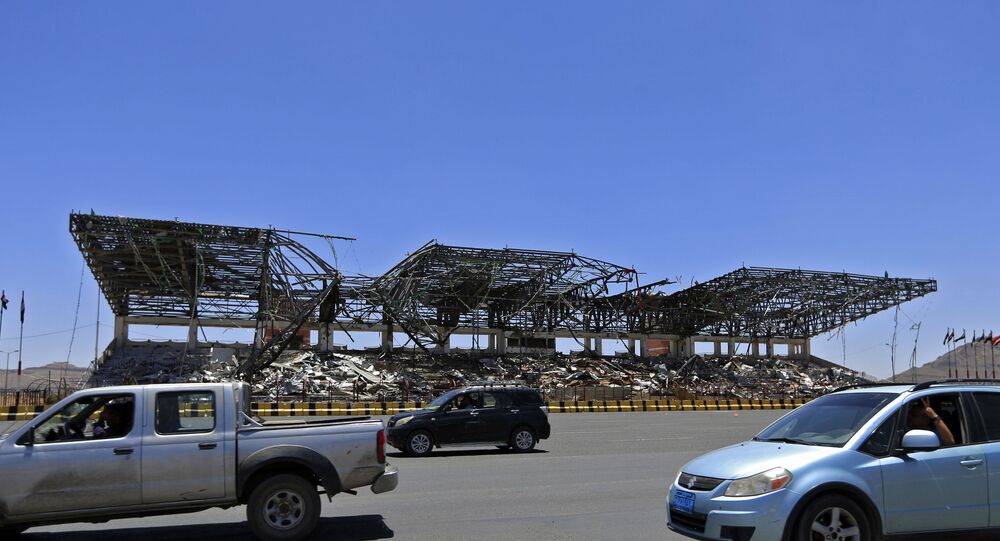 CAIRO (Sputnik) – Air forces of the Saudi-led coalition have conducted 23 air raids on Yemen’s northeastern and northwestern provinces despite the coalition announcing a halt of activities amid the COVID-19 crisis, the Houthi rebel movement said on Friday.

"The coalition’s air forces conducted 16 air raids on the Yemeni northeastern province of Marib, 10 of which were launched on its Majzar district, and six on Medghal", the movement said via its Al Masirah TV broadcaster.

According to the channel, the coalition has also attacked the northwestern province of Jawf, which borders Saudi Arabia, by seven airstrikes.

On 8 April, the coalition announced that it would halt all military operations for a 14-day period in response to a UN call for a global ceasefire due to the worldwide crisis. Following that, the legitimate government’s foreign minister, Mohammed Al-Hadhrami, said that the ceasefire had become a necessity, and called on the warring parties, the government forces and the Houthi rebels, to join the efforts in the fight against COVID-19.

Yet, on Thursday, a Yemeni military source stated that the Arab coalition had carried out several airstrikes on the rebel-held Yemeni capital of Sanaa and its suburbs. The coalition, in turn, accused the Houthis of 547 violations of the ceasefire, which was declared last week.