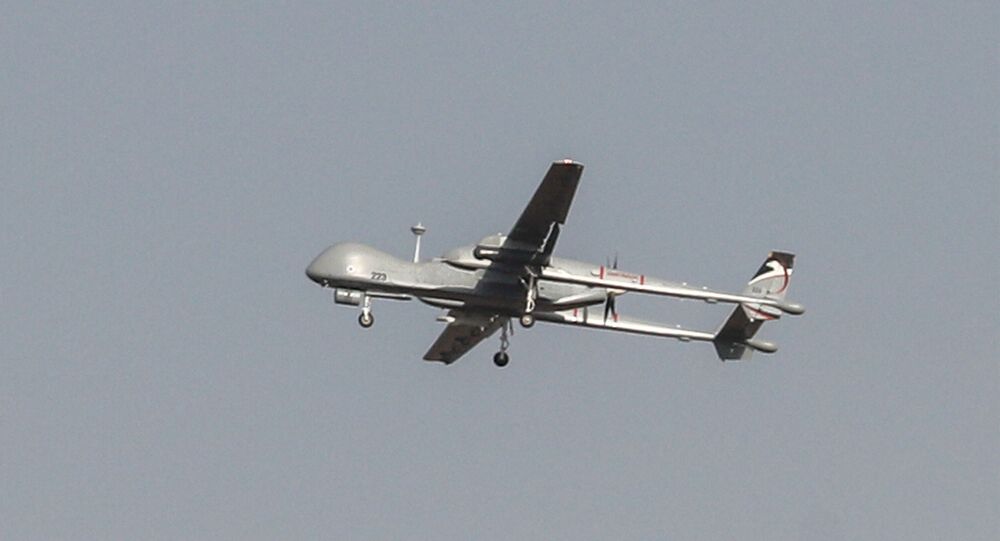 Damascus has repeatedly accused Israel of conducting illegal airstrikes on Syrian territory. Tel Aviv has indeed claimed responsibility for some of those strikes, insisting that it targeted alleged Iranian forces or its proxies in the Arab Republic, despite Tehran denying their presence in Syria.

A drone, allegedly belonging to the Israeli Air Force has carried out an attack against a vehicle in Syria near the country's border with Lebanon, Reuters reported citing an anonymous security source. According to the media's sources, the car was carrying Hezbollah forces, who managed to escape the vehicle before it was hit with the attack reportedly resulting in no casualties.

At the same time, Lebanese broadcaster LBC has reported that the vehicle could have been blown up and not attacked from the air. Photos allegedly depicting the site of the incident have emerged on Twitter.

#Israel Air Force launched an strike on a car said to belong to an Hezbollah senior member on the #Lebanon-#Syria border
📸 pic.twitter.com/UOVGFYHgHO

Neither Israel nor Syria have commented on the reports yet.

On a multitude of occasions Tel Aviv has accused Damascus of hosting forces seeking to attack Israel, namely Hezbollah, the Iranian military, and their proxies on its territory. Syria, in turn, accused Israel of conducting airstrikes on its territory with Israel acknowledging responsibility for some of them.

Tel Aviv claims that it targets only Iranian forces in Syria, but both Damascus and Tehran deny that the Islamic Republic’s military is deployed in the country.