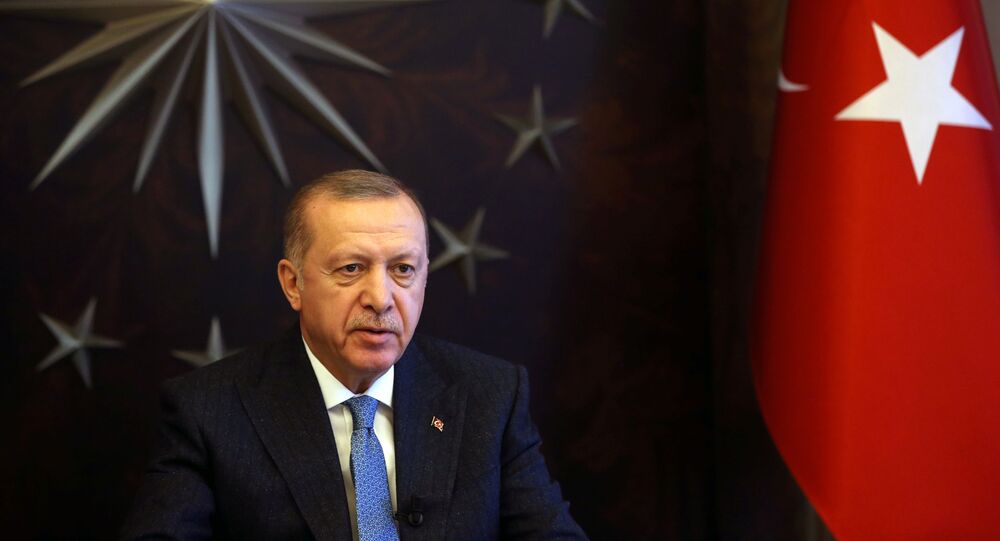 Earlier in the day, Turkish Interior Minister Suleyman Soylu tweeted that he was resigning after fallout stemming from his Friday night snap announcement of a 48-hour curfew in 31 Turkish provinces that led to a quick backlash against Ankara.

Turkish President Recep Tayyip Erdogan has refused to accept the Interior Minister's resignation, the president's communications directorate tweeted. Although Soylu's resignation was presented to the president, Erdogan "did not find it appropriate", according to reports.

"The resignation of our Minister of Interior has not been accepted, he will continue to serve", the statement read.

Erodgan's statement listed the merits of the Interior Minister, stressing that he "has gained the appreciation of our nation for his successful work so far".

"The decisive struggle of our minister for the significant reduction of the action capacities of terrorist organizations in our country has a great share. Likewise, in the works carried out after natural disasters such as earthquakes, our Minister of Internal Affairs has always carried out a strong coordination in the field", the tweet read.

Soylu filed his resignation after having received significant criticism for implementing a 48-hour curfew in the country to prevent the spread of COVID-19, with just a three-hour warning. Solyu accepted full responsibility for the chaos that resulted in the sudden decree.

The Turkish Interior Ministry had announced late on Friday that, due to the novel coronavirus pandemic it would be prohibited for residents of 31 provinces to go outside during the weekend.

The announcement caused quick criticism for Erdogan's administration, as crowds of people rushed to stores to stock up on supplies, violating World Health Organization guidelines on self-isolation and social distancing and reportedly causing violence in some areas.

Currently, the number of confirmed coronavirus cases in Turkey has topped 56,000 with over 1,100 deaths, according to Johns Hopkins University data.