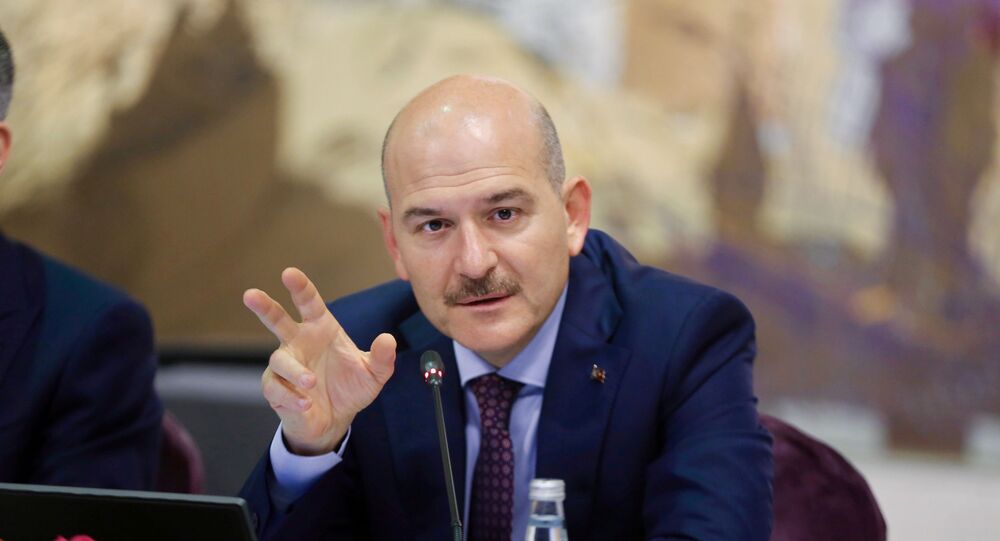 Turkish authorities imposed a snap 48-hour curfew across major cities on Saturday, providing little warning to citizens, leading to crowds of people flooding the streets Friday night to stock up on food and emergency supplies.

Turkish Interior Minister Suleyman Soylu has resigned, issuing a statement to that effect on Twitter.

In the post, Soylu took full post responsibility for the hasty implementation of the weekend curfew, which led to widespread confusion and sporadic disturbances across multiple cities.

"The situation that arose after the announcement of this decision does not correspond to the lengthy and thorough effort that has been carried out in the country in its fight with the epidemic. My experience should not have allowed for the emergence of such a situation. Forgive me, our people, and Mr. President. I am resigning from the post of minister of the interior," the official wrote.

The hasty, snap announcement of a 48 hour curfew on Friday night led to criticism of authorities, as hundreds of thousands of people flooded stores to stock up on supplies. Photos and videos showed citizens in the streets, in violation of World Health Organization guidelines on social distancing, with violence reported in some areas. Mayors of some cities complained that they had not been informed about the curfew ahead of time.

Crazy scene from Turkey of thousands trying to stock up on necessities before 48-hour curfew takes effect in 30 cities at midnight #SOKAĞACIKMAYASAĞI https://t.co/gLbaDa4Q19

Mayor of Istanbul, from main opposition party, says he was not informed about last-minute curfew decision, and doesn't know what kind of services they'll be able to provide in Turkey's largest city, criticizes decision taken without cooperation as causing confusion and panic. https://t.co/QIT5keyrOq

Fight breaks before the bakery as people lined up to get bread before the clock starts ticking for the curfew in major cities of #Turkey. pic.twitter.com/oGAGKhx44A

Turkey has joined countries the world over in implementing a series of measures to try to slow the spread of COVID-19 and reduce pressures on the medical system. The country has reported nearly 57,000 cases, as well as nearly 1,200 fatalities, to date. Last week, the Red Crescent announced that the country had begun testing plasma therapy as a potential treatment for COVID-19.