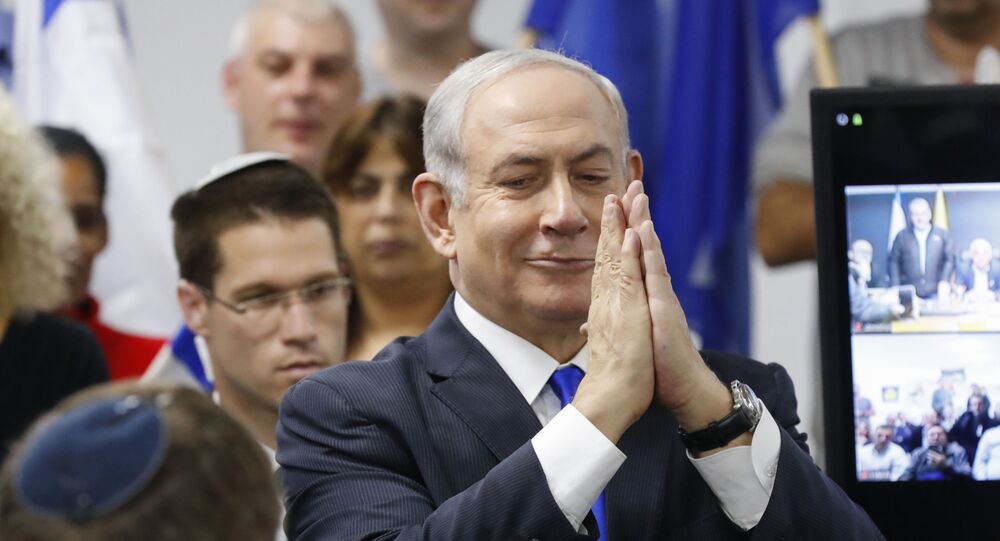 Benjamin Netanyahu's popularity seems to be on the rise, an Israeli poll has revealed, stating that his success can both be attributed to the way he's handled the raging Coronavirus and also his ability to eliminate political rivals.

Benjamin Netanyahu's Likud party would've obtained 42 seats out of 120 if Israel's elections had been held today, a joint survey conducted by Maariv and the Jerusalem Post finds.

This is despite the fact that his trial, where he is set to face charges of corruption and breach of trust, is scheduled for mid-May after it was postponed due to the raging coronavirus that has claimed the lives of more than a hundred Israelis.

COVID-19 as Tool to Stay Afloat?

Israel is still under a major lockdown due to the virus. All educational institutions are shut down, transportation is limited, and most of the country's businesses are not operational, creating a problem for Israel's over 500 thousand small and medium-sized businesses.

Since the implementation of the restrictions in mid-March that aimed at curbing the spread of the pandemic, the country's unemployment rate has skyrocketed. It now exceeds 25 percent, its absolute highest since the establishment of the State of Israel in 1948.

Ironically, however, it was COVID-19 that contributed to Netanyahu's high ratings. Last week, a Maariv poll showed that some 70 percent of Israelis were satisfied with the way their prime minister was handling the crisis.

But there was another factor that contributed to his success - the weakening of his political rivals.

Realising that despite winning in the country's last round of elections, where he got 36 seats, he would still fail to establish a coalition, Netanyahu used the Coronavirus to call upon his rival, the head of the Blue and White party Benny Gantz, to put differences aside and form a unity government.

These efforts have bore fruit in the end of March, when Gantz split from his allies who were reluctant to have any ties with the prime minister. Despite an uproar from many politicians and those Israelis who voted for him hoping he would bring about Netanyahu's fall, the split was made official, paving the way for the start of formal talks with Likud.

Despite progress that has been achieved on major issues such as the sovereignty of the Jordan Valley, talks have been stalled due to Netanyahu's reluctance to give up on the post of the Justice Minister that he hoped to fill with one of his people, a move rejected by Gantz, who fears that Bibi would use this position to promote legislation that will help him to evade trial.

The Blue and White legislators are threatening to not enter the coalition if their demands are not met, something that could lead to another round of general polls, the fourth in fewer than two years.

But this time around, Netanyahu knows he's got the upper hand, simply because polls predict that Gantz would only get 18 seats if Israel holds elections again. The prime minister on the other hand, with his 42 seats, will be able to form a government with his so-called natural allies, the religious bloc that comes with its 22 seats and no need to sit down with Gantz.

However, Gantz was not the only politician whose power has dwindled following the split. The alliance of Labour-Gesher-Meretz met a similar fate.

First it was the decision of the hawkish head of Gesher, Orly Levy-Abecassis, to depart from the union. Then it was the chief of Labour Amir Peretz who, following the split of the Blue and White, agreed to mull over the possibility of joining the Netanyahu-Gantz coalition, if it ever takes place.

That was the reason behind the drop in Labour's ratings that eventually led to its fall. The same Jerusalem Post poll has revealed that in the upcoming elections, if they were to take place, Labour would not pass the 3.25 percent threshold. For a party that established the State of Israel and in its heyday held more than 50 seats, that is a major blow. 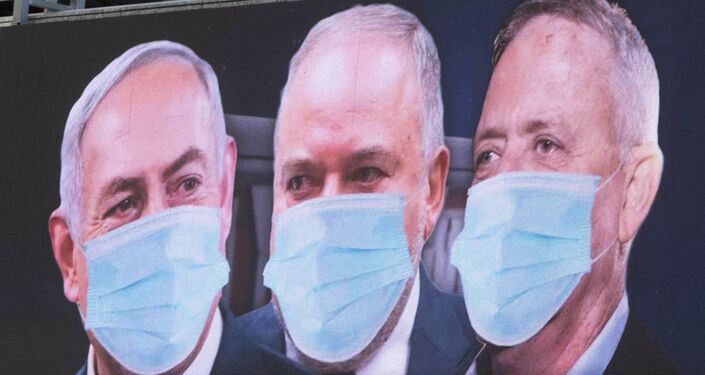 However, it is too early for Netanyahu to celebrate. Although Israel's pollsters seem to be accurate in their predictions (they learnt the lesson from 2015 polls where they mistakenly predicted the fall of Bibi), chances that the prime minister will continue to enjoy the same popularity are low as long as the unemployment rate continues to grow and the number of dead continues to pile up.

The opening of the trial in May might also put a spoke in Netanyahu's wheel, although just like in the previous round, when the country's Attorney General Avichai Mandelblitt announced his decision to indict Netanyahu did manage to make lemonade out of the lemons thrown at him.