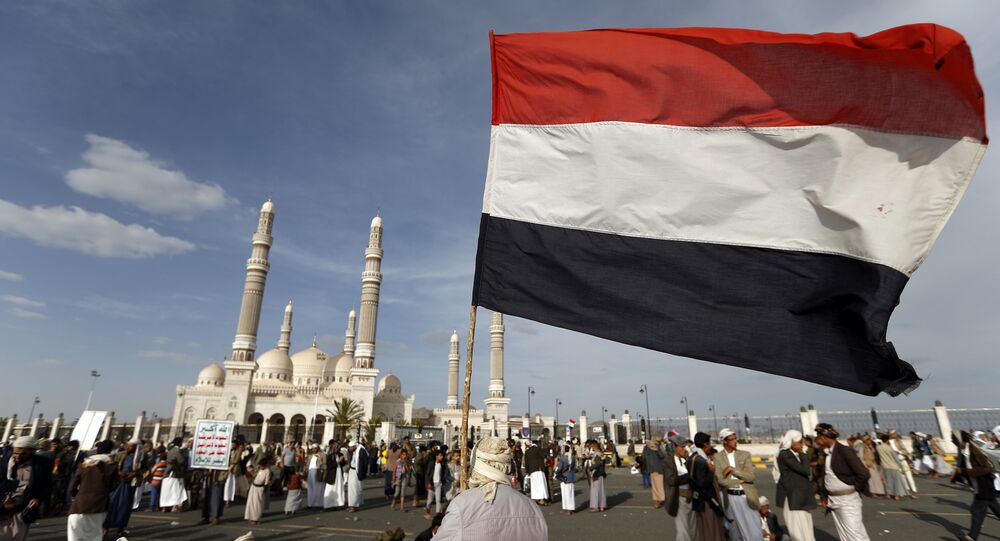 According to Saudi state television, the Houthis have launched a ballistic missile at the northern Yemeni city of Ma'rib, which is controlled by forces aligned with the Saudi-led coalition. The attack comes just hours after Riyadh called for a ceasefire to address the COVID-19 outbreak in Yemen.

An explosion rocked the city of Ma'rib early Thursday morning, which Saudi state television has reported was launched by Houthi forces. Photos posted on Twitter reportedly captured the aftermath of the strike.

​Ma'rib is about 75 miles east of Sana'a, the capital of Yemen, which is controlled by the Houthi movement. However, Ma'rib has supported ousted Yemeni President Abdrabbuh Mansur Hadi throughout the five-year-long war.

A Houthi missile hit the town of Marib, and ambulances rush to the place https://t.co/psr5BH5i3d via @ajmurgent pic.twitter.com/nRVUnm2UVY

Houthi attacks also reportedly hit residential areas in the port city of Hodaydah, the primary port for Sana'a and most of the country's north, Saudi state television also reported.

Earlier this week, Mohammed Al-Bukhaiti, a senior figure in the Houthi leadership, wrote on his Facebook page that "the liberation of Marib has become a matter of time," according to al-Monitor, a Washington, DC-based outlet.

Al-Monitor also reported that in the last few weeks, Houthi forces have advanced on Ma'rib from three directions, threatening to capture the city and turn a major corner in the war.

Earlier on Wednesday, Saudi government leaders told reporters the Royal Saudi Armed Forces and their coalition allies would begin observing a unilateral ceasefire at noon on Thursday. The Saudis said they hoped to lure the Houthis to the negotiating table and to permit the addressing of the COVID-19 novel coronavirus outbreak in the deeply war-wrought country.

At roughly the same time as the Houthi attacks, Saudi Vice Minister of Defense Khalid bin Salman, who helped push behind-the-scenes peace talks in Oman until this past January, tweeted that the Houthis must "show good will" by seriously engaging with United Nations peace envoys.

The Houthis must finally show good will by seriously engaging UN Envoy Mr. Martin Grifiths towards implementing steps that will ease the suffering of the Yemeni people and protect the Yemeni people from an Epidemic of which the world has never seen before.

​"The two week ceasefire will hopefully create a more effective climate to deescalate tensions, work with @OSE_Yemen [Office of the Special Envoy of the Secretary-General for Yemen] towards a sustainable political settlement, and focus efforts on securing the health and safety of our Yemeni brothers," bin Salman tweeted. "The Houthis must finally show good will by seriously engaging UN Envoy Mr. Martin Grifiths towards implementing steps that will ease the suffering of the Yemeni people and protect the Yemeni people from an Epidemic of which the world has never seen before."

The war in Yemen has raged since March 2015, when the Zaidi Shiite Houthis ousted Hadi, who then fled to Riyadh seeking their support returning to power. The Saudis assembled a coalition of nations that included the United Arab Emirates, Sudan, Morocco and others, waging a major war that has caused the deaths of tens of thousands in Yemen and threatened most of the population with famine as well as cholera.