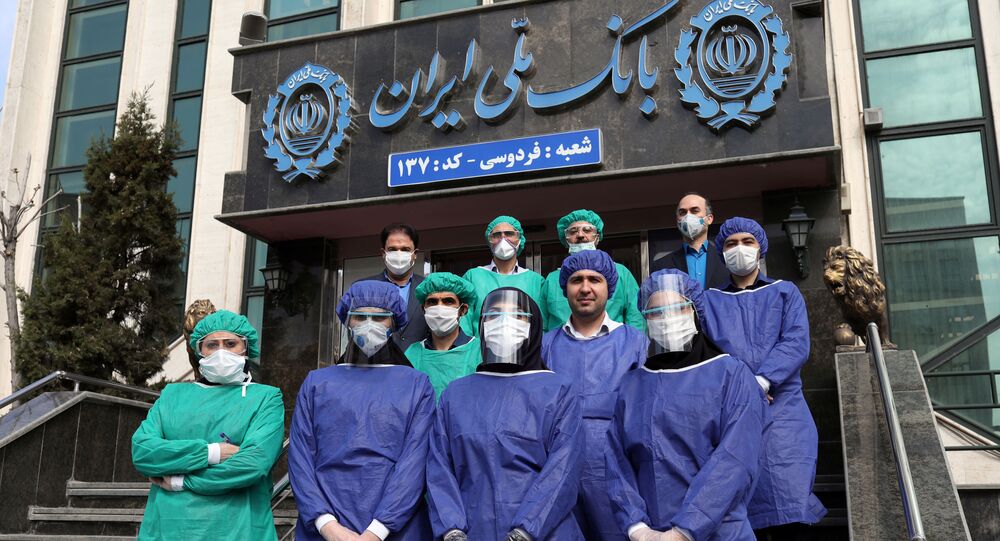 As Iran suffers from the worst coronavirus (COVID-19) outbreak in the Middle East, the Islamic republic has asked the International Monetary Fund (IMF) for a $5 billion emergency loan to assist the nation’s efforts in slowing the rapid spread of the disease.

The Trump administration is opposing loans to Iran by the International Monetary Fund and the World Bank amid the coronavirus crisis ravaging the globe, US Department of State spokesperson Morgan Ortagus told BBC Persian on Tuesday.

Though Tehran says it needs the loan to help the country deal with the pandemic, Ortagus claimed that Iran would use the money “to help their terrorist proxy groups in the Middle East” and not for the benefit of the Iranian people.

The development came as Iran awaits a decision from the IMF for the former's request of $5 billion in emergency aid, as the country is facing difficulties in slowing the virus outbreak, particlularly as it is under heavy unilateral US economic sanctions.

Tehran’s request to the IMF is the first of its kind since the overthrow of the Shah and the foundation of the Islamic republic in 1979.

On Tuesday, the chief of staff for the president of Iran, Mohammad Nahavandian, said that neither the US or any other country has the right of veto Tehran’s IMF loan request, arguing that IMF policy should “be fair in assessing and approving loan requests”, according to Mehr News.

“When we face the outbreak of disease worldwide, it is important to understand each other and if the disease is not contained in a part of the world, we actually help its spread in other parts of the world,” Nahavandian said. “Therefore, this is not an internal issue, rather, it is a global issue that should be taken into serious consideration”.

Since the beginning of the coronavirus pandemic in Iran, Iranian officials, along with a host of foreign officials, including many Americans, have repeatedly called on Trump to lift the unilateral economic sanctions on Tehran. Iran has also urged other nations to “stop obeying immoral and illegal US sanctions”.

On Monday, a group of 24 former senior world officials, including former NATO secretary generals, UN and EU senior officials, foreign and defence ministers of a number of European countries, the Middle East and the US, called on the Trump administration to ease sanctions on Iran amid the ongoing pandemic.

As of Tuesday, Iran had registered 133 new coronavirus-related deaths in the past 24 hours, bringing Iran's overall death toll to 3,872, along with 62,589 confirmed infection cases, according to the most recent statistics.