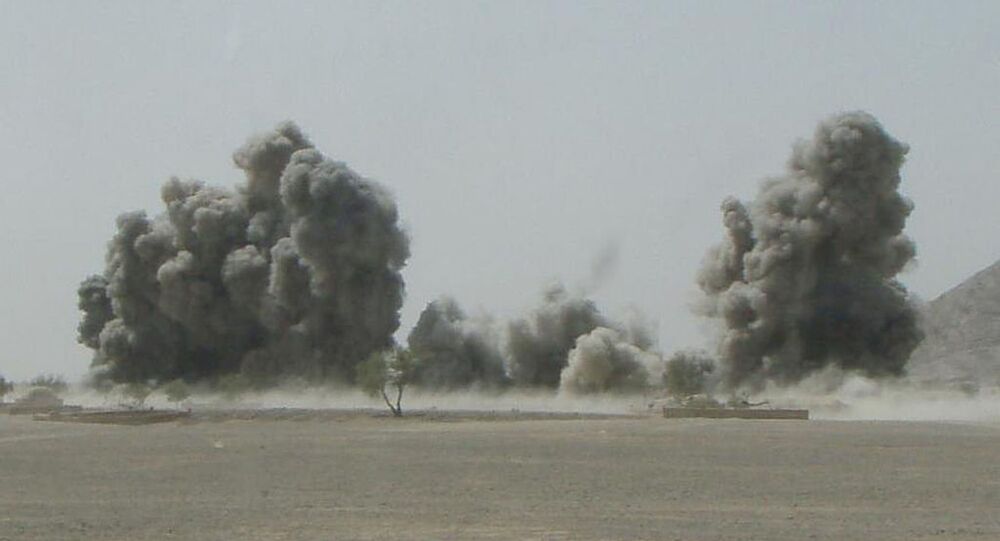 KABUL (Sputnik) - An airstrike in the central Afghan province of Uruzgan left at least eight civilians killed and two others critically injured in the early hours of Sunday, a source in the regional government said, adding that it was unclear if the attack was carried out by the government forces or the US-led international troops.

"Eight civilians were killed and two others were critically injured in the attack," the source said.

They said the injured civilians had been taken to the Mirwais hospital in the southern city of Kandahar.

At the same time, the Uruzgan governor's spokesman, Zargai Abadi, denied there were civilian casualties in the attack. Speaking to local media, he said that the airstrike had been carried out by the Afghan government forces, adding that six militants were killed in the ambush.

The Taliban*, in turn, have attributed the airstrike to the US-led international forces and condemned the attack, describing it as a breach of the recently negotiated peace deal. They also claimed a different number of casualties.

"Continuing the intrusive offensive of US occupants, last night, in the Garam Ab area of the ​​Khas Uruzgan district of the Uruzgan province [a residential house] was attacked, resulting in five women and two children killed and eight others injured," the radical group said in a statement.

Meanwhile, the Afghan Ministry of Defense has reported a separate incident that took place earlier on Sunday between the Taliban and the Afghan forces at the army checkpoints in the Arghandab district of the southern Zabul province.

"As a result of the mutual assault and airstrikes by the Afghan forces, 21 Taliban militants were killed and eight motorcycles destroyed," the ministry said.

© AP Photo / Bashir Khan Safi
Six Soldiers Killed in Taliban Attack in Southern Afghanistan
According to the Taliban, however, the attack was carried out by the army during a funeral and resulted in the death of two civilians.

On February 29, the United States and the Taliban signed a peace agreement in the Qatari capital of Doha which, among other things, addressed the issued of reducing violence in the country. The Taliban have repeatedly accused the US and Kabul of violating the deal.