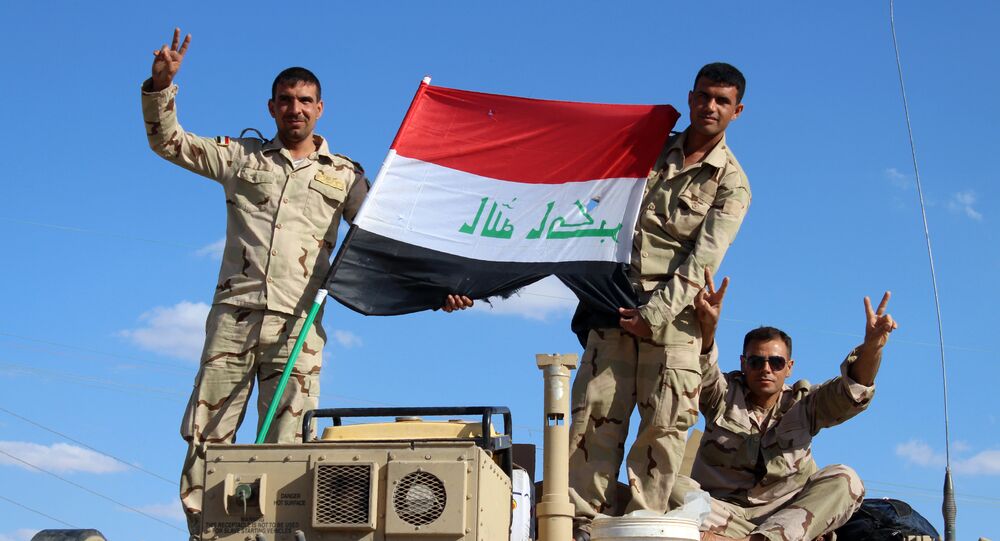 BAGHDAD (Sputnik) - The Iraqi security forces have found a burial of Daesh* victims in the country's western Anbar province, the Iraqi National Intelligence Service said in a statement on Sunday.

"Based on accurate intelligence information, teams of the 7th military intelligence brigade together with a squad of the 29th infantry intelligence brigade destroyed a hideout of IS [Daesh] militants in Al Huda area of the Hit district in Anbar and seized a motorcycle and other materials. As a result of a thorough search in the hideout, a group burial of soldiers and civilians who were executed by IS [Daesh] gangs was discovered," the statement said.

Nevertheless, the international coalition against the terrorist group, which was established in 2014, remained in the country to assist the government in creating a sustainable Iraqi security force that could secure the nation's borders and ensure a lasting victory over the terrorist group.