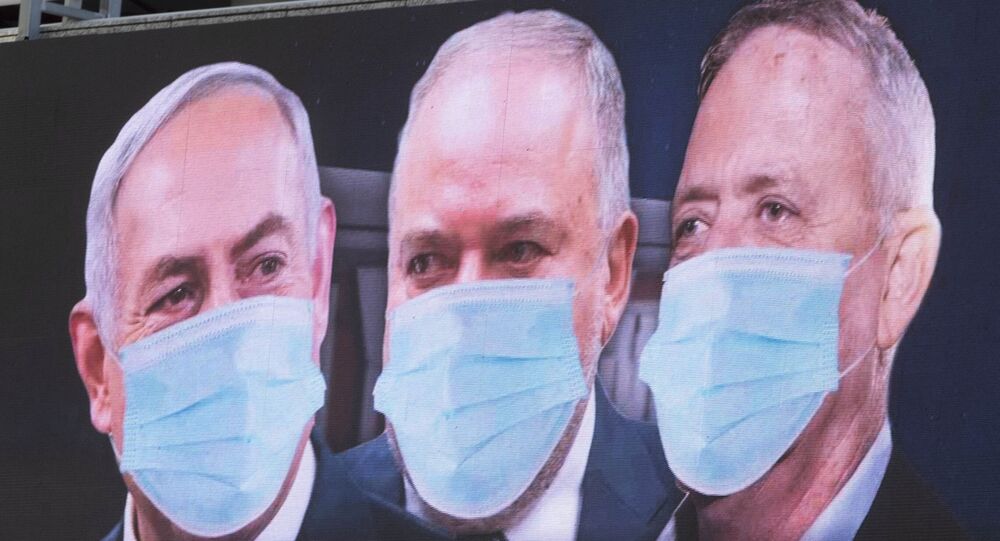 Iran is the hardest-hit country from the coronavirus in the Middle East, with 47,593 cases and 3,036 deaths officially confirmed as of Wednesday.

Israeli Prime Minister Benjamin Netanyahu has used an excerpt from a TV series as evidence that Iran is concealing its coronavirus death toll, Israeli media reports.

As reported separately by Barak Ravid of Israel’s Channel 13 news and the Ynet news site, Netanyahu shared a clip of corpses in body bags rolling down a hole with members of his cabinet during a briefing on coronavirus response on Monday.

He showed it to illustrate his “assertions that Iran was being untruthful about the real consequences of coronavirus,” Raz Zimmit, a research fellow at the Institute for National Security Studies in Tel Aviv, told Ynet.

Netanyahu’s office later realised, however, that the clip was taken from Pandemic, a mini-series about an unknown virus infecting Los Angeles, which aired on the Hallmark Channel in 2007.

The prime minister allegedly said that he had been shown the clip by the chief of the National Security Council. It appears to have been shared by users with Arab-language nicknames on social media in the days before Monday’s briefing, which could explain how it came to the attention of Israeli security officials.

Notably, Netanyahu’s office did not deny the story, but said that it showed the footage only to three ministers and made it clear that the clip was found on social media and its authenticity was unclear.

Iran has reported 47,593 coronavirus cases and 3,036 deaths as of Wednesday, although some officials within the country have accused the government of underreporting the real death count. Tehran has denied covering up the full extent of the outbreak.