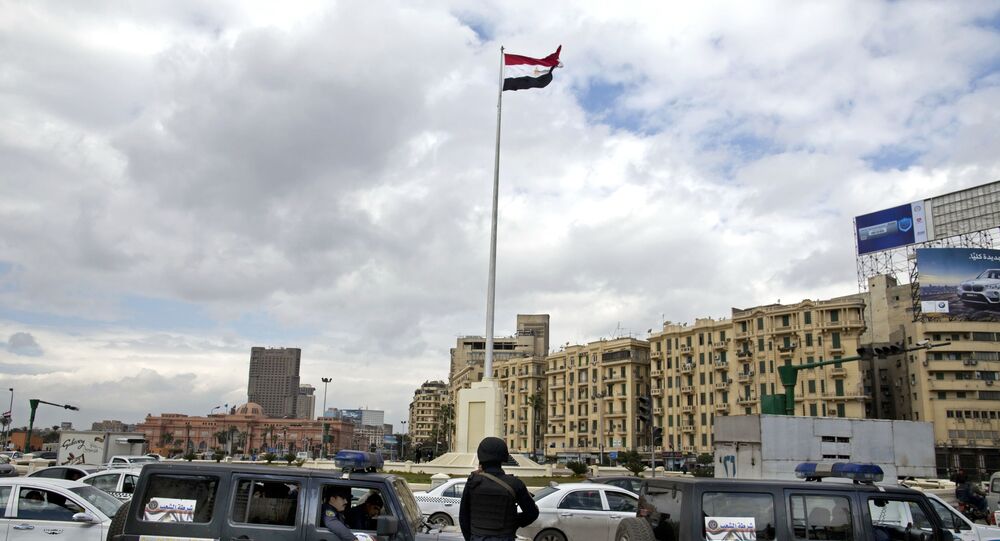 After Years of Breeding Anti-Israel Hatred, Egypt's Education System is Overhauled Under Sisi

Despite a peace deal and tight security cooperation, Egypt's education system has always been hostile to Israel. That, however, changed when President Sisi came to power.

Although Israel is still depicted as an occupying force, it is also portrayed as a reliable partner, whereas the historic agreement is presented as pivotal for Egypt's stability.

When Israel signed a peace treaty with Egypt in late March 1979, it had hoped that the document, inked in Washington, would end three decades of hostilities between the countries.

In many respects, these hopes materialised. Israel withdrew its forces from Sinai and dismantled the settlements it had built in the peninsula. In exchange, Cairo recognised the Jewish state, agreeing to establish diplomatic, economic and cultural ties with Tel Aviv.

However, once the treaty was signed, Egypt's fellow Arab countries withdrew their ambassadors from Cairo and imposed a total economic boycott on the country. Egypt's then-President Anwar Al Sadat, who had signed the historic agreement, was depicted as a traitor who had opted to cooperate with an enemy; this cooperation eventually cost him his life.

After Sadat's assassination, Egypt wanted to be re-accepted into the Arab League but was reluctant to drop the peace deal with Israel, and decided to use a different set of tactics.

While on the surface Cairo showed cooperation with Israel, its schooling system put forth a narrative that denied the legitimacy of the Jewish state.

"Cairo wanted to show that despite the peace treaty, the attitude towards Israel hasn't changed and that the hearts of the Egyptians were still with the Palestinians. That's why Israel has been mentioned in school text books as the bitter enemy of Egypt," said Amr Zakariya, a Cairo-based expert specialising in Israel-Egypt relations, adding that many chapters were dedicated to the Israeli-Arab conflict and the Palestinian issue, whereas "Sadat's peace initiative was sidelined and marginalised."

However, even after the boycott of Egypt ended in 1989, Cairo carried on with its anti-Israel education policy. Studies that examined history and religion textbooks in Egypt from the 1990s and early 2000s showed that they rejected any Jewish connection to the Land of Israel, portraying it as an illegitimate state that served Western imperialism.

Geographical maps that appeared in the text books referred to Israel as "Occupied Palestine," whereas Israel's sovereignty over East Jerusalem was rejected, with books emphasising the disputed city's Muslim and Christian heritage.

The policy, implemented for thirty years during the entire Mubarak era, yielded results. "Schools have created a generation of people who don't know or don't want to acknowledge what Israel is. All they know is that Israel is an occupying force because that's what their teachers told them," explained the expert.

That's why, when Mubarak was toppled and the Muslim Brotherhood came to power, anti-Israel sentiment was given a central stage, with messages that included "the wage of Jihad" and the "liberation of Palestine from the claws of the occupation".

Although the rule of the Muslim Brotherhood didn't last long enough to be able to erode ties with Israel, it did manage to damage the Jewish state's image in the eyes of the general public.

In 2015, the Egyptian Centre for Public Opinion Research published a study according to which Egyptians considered Israel as the 'most hostile country'.

"When President [Abdel Fattah Al] Sisi came to power, he decided to change that equation, realising that Egypt and Israel shared a common enemy - the threat of terror, and acknowledging that breeding hatred would not solve the Palestinian problem," explained Zakariya.

Another factor that contributed to the change was the shifting attitude towards Israel in the Arab world. Although no Gulf state has signed a peace deal with Israel yet, cooperation is flourishing with such countries as Saudi Arabia, the United Arab Emirates and Bahrain taking the lead.

"It was for these reasons that Egypt under Sisi took a mild approach towards Israel and that was also reflected in the school text books," Zakariya claims.

In 2015, Egypt released a new text book entitled The Geography of the Arab World and the History of Modern Egypt, intended for the ninth grade. Although it still lacked a map referring to Israel as such, and despite the fact that it repeated some old messages, including the concept of the occupied Palestinian land, it also introduced a number of new ideas.

First of all, it provided more explicit support for a peace deal with Israel, stressing the economic advantages of such an agreement that were crucial for the stability and the development of Egypt.

Secondly, it portrayed Israel as the legitimate peace partner featuring for the first time the photo of then-Prime Minister Menachem Begin, who signed the historic agreement with President Sadat.

Lastly, the book dedicated less space to the Palestinian conflict and the struggle against Israel (12 pages compared to 32 in 2002 text books), preferring to put more emphasis on the peace deal between the two countries.

Zakariya is optimistic. "It will take years to rebuild what has been destroyed in the past 30 years [positive attitude towards Israel) but I am confident that it can be done if Egypt continues to follow its current policy. I don't want to whitewash Israel but Egyptians need to hear their side of the story too to make educated decisions."