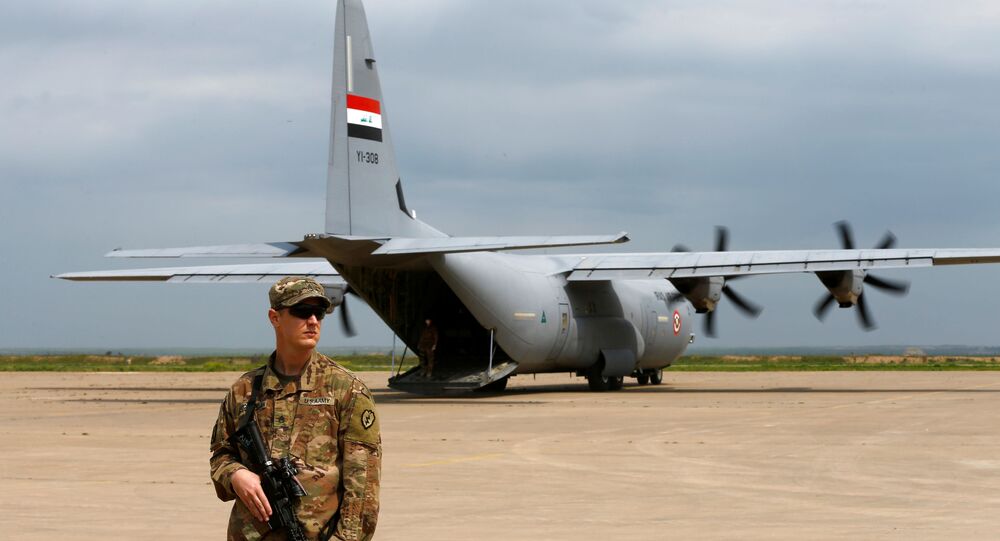 Amid the coronavirus pandemic, it was reported earlier that the US army may suspend military training and impose 'restrictions of the highest level' on overseas missions.

The Pentagon has ordered military commanders to plan for an escalation of American combat resources in Iraq, The New York Times reported on Friday, citing unnamed officials claiming to be familiar with the directive.

According to the report, last week, the US Department of Defence issued a secretive directive to "prepare a campaign to destroy an Iranian-backed militia group that has threatened more attacks against American troops".

US President Donald Trump, when reportedly made aware of the initiative during a 19 March meeting in the Oval Office, did not immediately greenlight the campaign, but did allow planning to continue.

The United States' top commander in Iraq, Lt. Gen. Robert P. White, has expressed doubt regarding the feasibility of the Pentagon plans, according to The New York Times.

White responded to the directive with an internal message suggesting that such operations could be "bloody and counterproductive", and threaten war with Iran. The top commander also noted that a new campaign would require thousands of additional US soldiers be deployed to Iraq, diverting resources from the primary mission: training the Iraqi army to fight Daesh*, the NYT report said.

The general's memo also reportedly stressed that such campaigns would break the existing agreement with the Iraqi government that allows American troops to remain in the country.

The urgency to create a plan for an attack against pro-Iranian militia groups was characterized by unnamed American officials as a move to head off what are claimed to be new attacks from Kataib Hezbollah and other Shiite militias against American troops, the report said. Kataib Hezbollah itself allegedly warned its fighters to prepare for possible US attacks and threatened to retaliate.

The internal army communications cited by the NYT come as concerns grow over the coronavirus pandemic, amid which the US army will reportedly suspend military trainings to curb the spread of the disease.

Globally, the number of confirmed cases of COVID-19 is rapidly approaching 600,00 with over 27,000 fatalities, according to the latest data. The United States has the highest number of infections in the world.

Tension involving the US in Iraq escalated after the assassination of the Islamic Revolutionary Guards Corps' (IRGC) top general, Qasem Soleimani, and Kataib Hezbollah founder Abu Mahdi al-Muhandis in an operation sanctioned by Trump in early January.

Since that time, facilities in Iraq hosting US-led coalition troops have repeatedly come under attack. The Pentagon is blaming Kataib Hezbollah.