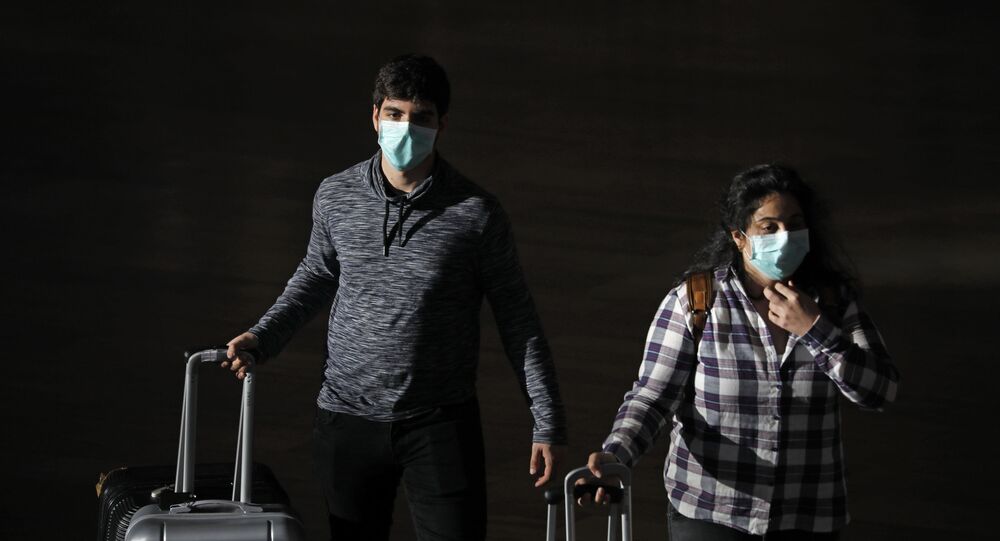 Unity With Netanyahu May Contain the Spread of Coronavirus but Could It Also Risk Gantz's Career?

After realising that a broad government was not an option, the head of the Blue and White party Benny Gantz is now mulling over the establishment of a unity government with PM Netanyahu in an attempt to solve the raging Coronavirus crisis that has seen more than 1,400 people infected.

It's been more than a week since Benny Gantz, the head of Israel's Blue and White party, was given a mandate to form a government - efforts that have proven futile so far.

The ex-IDF chief of staff has until April 14 to establish a coalition. If no extension is given, the country's President Reuven Rivlin will have to pass the mandate to another candidate to attempt what Gantz had failed, and that will most probably be Benjamin Netanyahu.

Forming a Coalition? Not So Fast

Gantz is struggling to form a government primarily because he doesn't have the 61 seats in the Knesset needed to do so. To start off, he is facing disagreements within his own Blue and White party.

When the former chief of staff announced he would be willing to get the support of the Joint Arab List, an alliance of four Arab parties that received 15 seats in the 120-seat Israeli parliament in the country's 4th round of general polls, two hawkish members of his Blue and White party stated they had no intention to cooperate with the Arabs due to their anti-Israel and anti-Zionist stance.

The dispute over the cooperation with the Arab alliance has also led to divisions in the centre-left camp, with Orly Levy Abecassis, known for her hawkish views, splitting away from the merger with Labour and Meretz, thus reducing Gantz's chances of forming a government.

The Joint Arab List has its concerns too. Although they did recommend Gantz to President Rivlin, pushing the head of state to give the mandate specifically to him, they have also expressed their reservations about joining his government.

The Arab alliance demands the cancellation of the nation state law that emphasizes the connection of the Jewish people to Israel, calls for the recognition of East Jerusalem as the capital of an independent Palestinian state, and urges a ban on any Jewish presence at the Temple Mount, which Jews and Arabs both consider holy. The former site of the first and second Jewish temples of classical antiquity is now the location of the Al Aqsa mosque, one of the most important Muslim shrines. It's unlikely that Gantz will be able to accommodate these demands, simply because the division of Jerusalem and the change of the status quo there will not be taken lightly by the Israeli public.

Realising that establishing a broad government was not an option, Gantz started considering other options including entering a unity government with Prime Minister Netanyahu.

The legally troubled prime minister has repeatedly called on Gantz to put differences aside and establish an emergency government in an attempt to join efforts in handling the raging Coronavirus crisis that has claimed the life of one person in the country so far. More than 1,400 others are still being treated in hospitals across the country.

Gantz seems to be moving in that direction. "Today I have spoken to Rabbi Itzkhak David Grossman, Idan Reichel and Nathan Shiransky [a group of famous Israelis who are pushing for the resolution of the political deadlock -- ed.] About the unity government and the need to unite all Israelis. I told them that I have been trying to unite Israelis since the moment I entered politics and I am willing to pay a high price for that," he wrote in his statement on Twitter.

But Israel's public seems to be split. Many are weighing in on social networks, venting their anger at politicians for not resolving the crisis.

​Another tweep wrote: "It's time for the "Knights of Politics" in Blue and White [and other parties] to get together, wake up, and not wait until everything crashes and there is nothing left to save .. !!  Therefore, in this emergency, there is no room for idle arrogance and slogans ... like, "Israel's first" and then do the exact opposite ...!?  Therefore, you need to sit down immediately [for talks] and establish either a unity or an emergency government".

​They are not alone. According to the recent poll conducted by Israel Hayom, a paper associated with the right-wing circles, more than 30 percent of Israelis would want to see Israel's two major parties - Netanyahu's Likud and Gantz's Blue and White -- form a coalition with a number of smaller parties.

At the same time, 26 percent of those asked would like to see the right-wing bloc form a government, with 47 percent of Israelis supporting Netanyahu's candidacy for the PM's post.

The same survey also found that only 17 percent of Israelis backed a unity government that would be based on two main parties only.

One Twitter user vented: "dear Prime Minister. Myself and many others like me, urge you to stop any negotiations with the Blue and White regarding a unity government. We say no to unity. Those, who trained the supporters of terrorists and those who receive support from terrorists, cannot sit in Israeli government".

​Another tweep wrote: "Dear Gantz, if you join a unity government now, it is you who will resuscitate the person accused of bribery and breach of trust, it will be you with whose efforts his [Netanyahu's-- ed.] the trial will be postponed to an unknown date... and who knows whether he will not dismantle the unity government after he steals your horses [a reference to the hawkish Blue and White parliamentarians]".

​The party's leadership and other politicians are aware of the dangers that unity with Netanyahu might entail. But now, more than ever before, they are willing to take those risks.

In his interview to one of Israel's leading channels, Blue and White's number 2 Yair Lapid said he was supportive of the notion of creating a unity government as long as Netanyahu would be the second in rotation after Gantz.

Even the head of Yisrael Beitenu party, Avigdor Liberman, who has been vocal against Netanyahu in recent months, has changed his tone, saying he wanted to see a unity government, no matter who stands at the helm first.