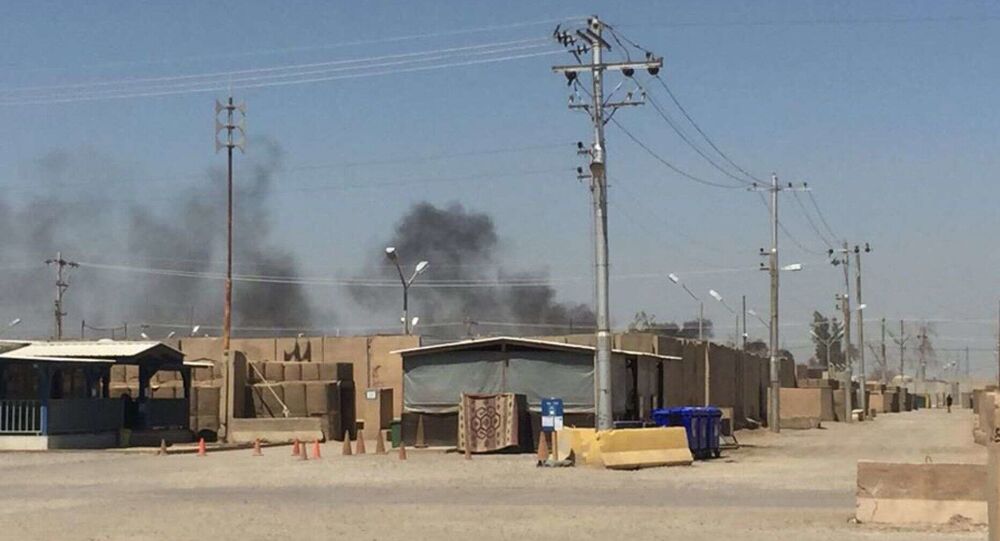 The US Department of Defense Inspector General (IG) has blasted the conditions at Camp Taji in Iraq, where US troops continue to live in the shadow of toxic burn pits where trash is improperly disposed of years after the IG called attention to the problem.

A recent audit by the DoD IG made public on Friday has revealed the ongoing disagreements between watchdogs and Pentagon brass over the danger of an open-air trash pit near Camp Taji, an Iraqi military base north of Baghdad where large numbers of US troops are stationed.

”In the absence of a contract requirement to dispose of solid waste in accordance with US Central Command environmental guidance, the contractor continued to use its commercially available, and Government of Iraq‑approved, solid waste disposal method of dumping solid waste at a site in the Camp Taji Amber Zone, which the Iraqis would later burn,” the IG report said, noting that “this solid waste disposal method may have contributed to the exposure of US and Coalition personnel to potential long‑term health effects from the burn pit smoke.”

The finding was part of a larger report in which the IG audited the Army’s Base Life Support Contract at Camp Taji, finding the Pentagon overpaid by $116 million over the last five years to SoS International LLC, a service provider based in northern Virginia, for the base’s dining facilities, housing, electricity and other services.

“As a result of poorly defined contract requirements, inadequate pricing structure, and lack of invoice oversight,” the Army wasted $36 million base life support expenses and $80 million on food and water, and on top of it, failed to ensure the trash was disposed of in a safe manner, the IG said.

Joe Hickman, author of "The Burn Pits: The Poisoning of America's Soldiers," told Sputnik in February 2019 that on average, war generates about 9 pounds of trash per day, creating a major disposal problem.

“They decided to create open air burn pits where they throw all of this stuff in a makeshift dump and light it on fire and burn it. And the problem with that is, they burn anything and everything in these burn pits. They burn tires, wood that was treated, plastic, styrofoam, human body parts. The soldiers' housing quarters [are] sometimes within 300 meters from these massive burn pits,” Hickman said.

The issue first acquired national attention in 2018, when a Fox News expose revealed the burn pits “spewing thick clouds of black smoke into the air” as many as five days per week.

“You know what it is once you smell it,” a US Army soldier told the news outlet anonymously, for fear of reprisal. “That thing smokes and smolders. It’s got that acrid trash smell.”

Fox noted that thousands of veterans and former contractors have developed cancer, respiratory problems and blood disorders as a result of their exposure to the toxic vapors.

Fox News
The US Army soldier that provided the photo to Fox News says that the pits are about 400 yards from their barracks and that the smoke often hangs over their section of the base. Camp Taji, Iraq, July 11, 2018.

Likewise, a base official noted in a February 2018 memo requesting funding to buy trash incinerators: “If this project is not funded, solid waste will continue to be dumped in an area … that is not designed to be a landfill; refuse will continue to be set on fire with fumes drifting over Taji Military Complex,” according to Stars and Stripes.

The DoD IG noted in its report that this request has been filed at least twice since then, to no avail.

In a revealing passage, the report notes how the Combined Joint Task Force – Operation Inherent Resolve (CJTF-OIR) chief of staff disagreed with the IG’s characterization of the problem, including the very notion that they were “burn pits” or that they exposed US troops to toxic chemicals.

“Although the Chief of Staff disagreed with our recommendations to review his staff’s actions in the development of the Camp Taji BLS [base life support] contract requirements and to incorporate additional DoD regulations, as appropriate, into the PWS [performance work statement], CJTF‑OIR staff stated that after the project to install incinerators is completed, CJTF‑OIR will update the PWS to include a requirement to dispose of solid waste through incineration,” the IG said.

“This demonstrates that CJTF‑OIR continues to take action to address weakness in the PWS requirements. Therefore, we urge the Chief of Staff to reconsider his non‑concurrence with our recommendations. We consider these recommendations unresolved, and request CJTF‑OIR provide comments on the final report.”

Stars and Stripes noted that an incineration plant compliant with US Central Command standards was given funding in October.

In November 2019, the Veterans Burn Pits Exposure Recognition Act was introduced in the US Senate, aiming to pave the way for Americans exposed to dozens of toxic chemicals in US warzones and bases to prove injury and claim disability coverage.

Veterans of Foreign Wars, an American non-governmental organization focused on the rehabilitation of US veterans, voiced its support for the legislation, which would cover not only veterans who served in Iraq, but also Afghanistan, Bahrain, Djibouti, Kuwait, Oman, Qatar, Saudi Arabia and the United Arab Emirates. At the present time, the Department of Veterans Affairs does not recognize burn pits as posing long-term health problems for veterans.