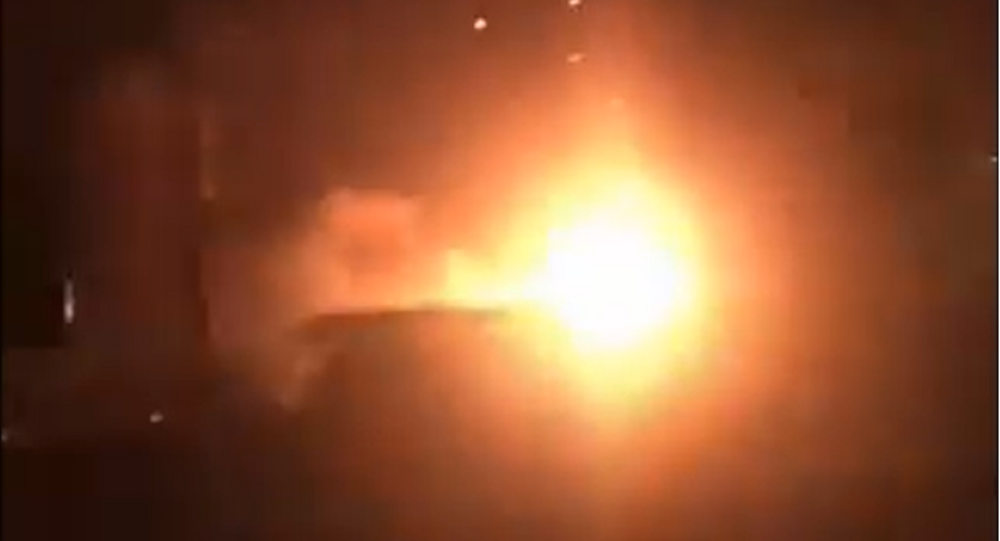 The US assassinated Qasem Soleimani, long-time commander of Iran’s elite Quds Force military unit, in January, prompting Iran to launch a massed rocket strike on a pair of US bases in Iraq, and leading Iraq-based militias to carry out sporadic strikes on American bases and the US Embassy Green Zone in Baghdad.

Iran will continue to respond to the January 3 assassination of Commander Soleimani, President Hassan Rouhani has warned, one day after a coalition base holding NATO troops came under rocket fire.

“The Americans assassinated our great commander. We have responded to that terrorist act and will respond to it,” Rouhani said in a televised address Wednesday.

Rouhani also commented on the economic situation in the country amid the tough US sanctions against his nation, stressing that Iran’s enemies “have not been able to subjugate Iran through economic pressure.”

Rouhani did not clarify what he had in mind regarding Iran’s “response” to Soleimani’s assassination.

Rockets Rain Down on Coalition Bases

On Tuesday, the Besmaya military base outside Baghdad, Iraq hosting foreign troops came under rocket fire, with the installation said to host Spanish forces. Earlier, a barrage of at least 33 rockets was fired at Camp Taji, another base outside the Iraqi capital hosting coalition forcess, with the attack believed to have been carried out by local Shia militias. No US or coalition casualties were reported in either attack.

US forces and their allies stationed in Iraq have been facing sporadic rocket fire on their bases, and the Baghdad Green zone embassy complex for over two months since Soleimani’s assassination at Baghdad’s airport by a US drone strike on January 3. On March 11, a rocket attack on Camp Taji killed two US servicemen and a Briton.

© AP Photo
This photo released by the government-affiliated Media Security Cell on Thursday, March 12, 2020, shows a rocket-rigged truck launcher after a rocket attack on Camp Taji, a few miles north of Baghdad, in Rashidiya, Iraq. Iraq's military on Thursday said it opened an investigation into the rocket attack that hours earlier killed three servicemen, including two Americans, at an Iraqi base housing coalition forces that has been used as a training base for a number of years. (Media Security Cell via AP)

Last Thursday, US warplanes struck five weapons storage facilities belonging to Kataib Hezbollah, an Iranian and Iraqi-government allied Shia militia group which helped push Daesh (ISIS)* out of Iraq between 2014 and 2017. The US accused the group of attacking US forces in northern Iraq late last year, and for the deadly March 11 attack. Iraqi President Barham Salih slammed Washington over the unauthorized strikes, calling them a violation of Iraq’s sovereignty. On Monday, the US State Department warned that the US would “not tolerate attacks” against its forces, and would “take additional action as necessary in self-defence” in Iraq if they continued.

Iran launched dozens of missiles at two US bases in Baghdad on January 8, with over 100 US troops diagnosed with brain injuries of various severity as a result of the strikes. Iran warned its Iraqi allies about the impending strikes ahead of time.

On Monday, the US military told media that the coalition would be “re-positioning troops from a few smaller bases” in Iraq, attributing the withdrawal to the Daesh’s defeat, and not the constant rocket attacks on coalition bases.