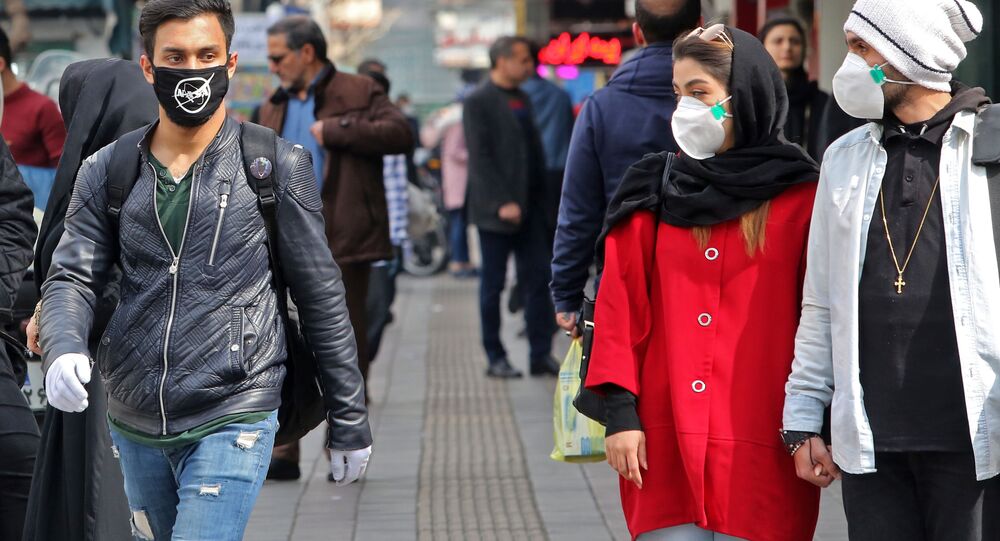 Iran has registered 15,000 cases of COVID-19 and over 850 deaths, making it the third-hardest hit nation in the world at the moment after China and Italy. The country has initiated a nationwide medical response, but faced severe challenges due to US sanctions, which Washington moved to extend last week.

“Millions” of Iranians will be at risk of succumbing to the new coronavirus if they continue to travel unnecessarily and ignore public health guidelines, Dr. Afruz Eslami, a senior Iranian medic and television journal has warned.

In a television address on Tuesday, Dr. Eslami cited a study by Sharif University of Technology in Tehran, which has come up with three potential scenarios for the spread of the virus in the Islamic Republic.

Under the first, which necessitates immediate cooperation with health authorities, 120,000 Iranians will be infected, and 12,000 of them will perish. Under the second scenario, if cooperation is only partial, Iran will face 300,000 infections and as many as 110,000 deaths. However, if people fail to follow any of the government’s measures to contain the virus, the country’s health care system could collapse, leading to millions of deaths.

“[If] medical facilities are not sufficient, there will be 4 million cases, and 3.5 million people will die,” Eslami warned, her comments cited by the AP.

Earlier, Iranian Supreme Leader Ali Khamenei issued a fatwa (legal pronouncement) against unnecessary travel, amid reports that the public has been ignoring warnings by the government and security forces.

It is everyone’s duty to observe the guidelines of the National Committee on Combating #Coronavirus & the Health Ministry, which are backed by scientific, religious, & humanitarian values. This is what will turn tragedies into blessings & threats into opportunities, God willing.

Iran moved to close its Shiite pilgrimage sites on Monday, with the ban affecting the tomb of Imam Reza in the holy city of Mashhad, just days before the Persian New Year holiday of Nowrouz. The move led to mass protests by believers, with the government deploying riot police and making arrests.

Health authorities have also deployed special screening teams for travellers in 13 of the country’s 31 provinces, including Tehran, with the teams required to check the temperature of vehicle drivers and passengers and to send those with fever into quarantine.

Iran finally shuts down Shia shrines today as coronavirus peaked in those cities.
Mobs of ultra hardliners break the doors in Mashhad & Qom, bypass the police & storm the shrines.
This appears organized.#کرونا
pic.twitter.com/nKsryc3sB9

In a separate development, Iran’s parliament has resorted to meeting via video conferencing after 8 percent of lawmakers in its 290 seat parliament were reportedly infected earlier this month. Iran has faced some of the highest infection rates among officials of any countries, with as many as 14 officials, advisers and lawmakers succumbing to the pandemic to date.

On Monday, the ministry of health reported that over 10 million people had been screened at health centers and online amid the outbreak.

Iran’s coronavirus response has been put to the test by severe shortages of basic medical equipment amid tough US sanctions, including restrictions on the Islamic Republic’s exports of oil, the lifeblood of the economy, but also restrictions preventing the import of medical equipment. Iranian officials have blasted the Trump administration for its “adversarial and inhumane” attitude toward Iran’s plight. Chinese officials have urged the US to lift its sanctions “immediately,” while Russia has sent Iran COVID-19 test kits allowing for the testing of up to 50,000 people. The United Nations Children's Fund, Uzbekistan and the United Arab Emirates have also dispatched aid.

Iranian Foreign Minister Mohammad Javad Zarif has urged the international community to assist Iran, and called on the United Nations to push back against the US’s Iran sanctions, calling them “immoral to observe” and saying that the measures “literally kill innocents” in a Tuesday tweet.

It is immoral to observe them: doing so has never saved anyone from future US wrath

Join the growing global campaign to disregard US sanctions on Iran.