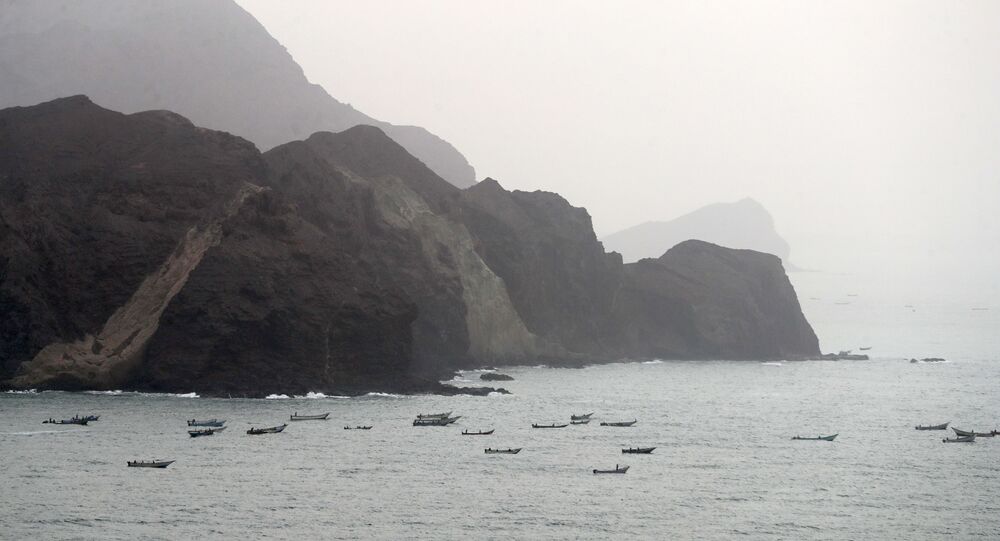 Yemen has been facing a severe humanitarian crisis since 2015, caused by the ongoing military conflict between the government headed by President Abdrabbuh Mansour Hadi and the Houthi rebel movement, which controls the north of the country, including the capital of Sana'a.

The Saudi-led coalition has intercepted and destroyed two boats fitted with explosives launched by the Houthi rebels, Saudi state news agency SPA reported on Tuesday. According to the report, the Houthis dispatched the boats from the port city of Al Hudaydah.

The vessels were intercepted in the Bab al-Mandab Strait connecting the Indian Ocean and the Red Sea. The coalition spokesman condemned the act as a flagrant violation of the Stockholm Agreement and said the coalition will continue to take strict deterrent actions against the Shia rebel group.

Yemen has been plagued by a severe humanitarian crisis since 2015, sparked by the ongoing military conflict between the government headed by President Abdrabbuh Mansour Hadi and the Houthi rebel movement, which controls the country’s north, including the capital of Sana'a. The Arab coalition supports the government by conducting airstrikes against the Houthis.

This month, the Saudi-led Arab coalition struck Houthi-held military targets in the sea port of Salif in the northwestern Yemeni province of Hudaydah. It also announced the destruction of Houthi sites that were reportedly used for manufacturing explosive-laden boats and drones.