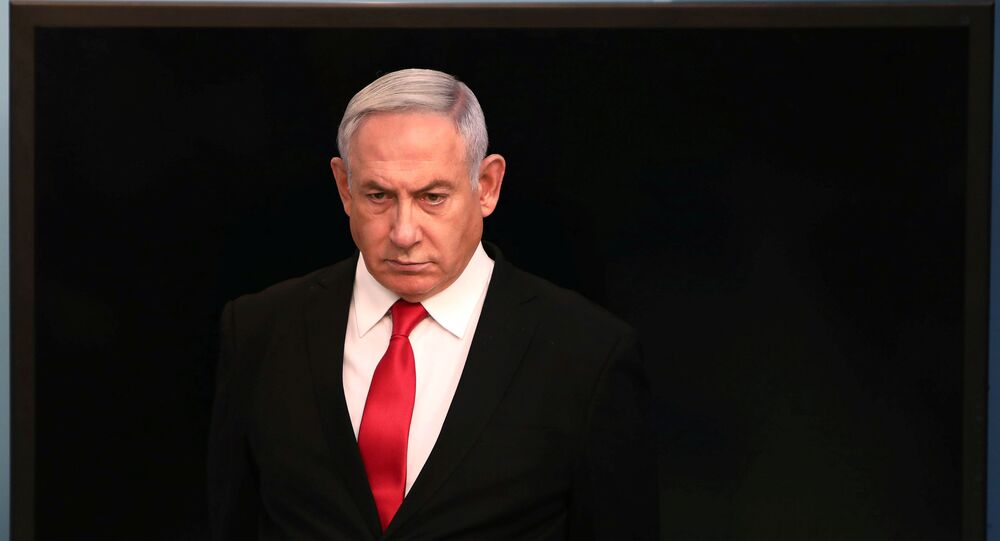 Israeli Prime Minister Benjamin Netanyahu's trial has been postponed because of restrictions imposed to contain the spread of the coronavirus, which has seen more than 200 infected across the country. The PM will now need to appear in court on 24 May.

The 70-year-old PM is facing charges of fraud and breach of trust in a series of graft probes that include buying positive press and receiving illegal gifts from a rich donor.

Regardless of when the trial takes place, Eyal Rosovsky, one of Israel's leading litigators who represented former PM Ehud Olmert in his own legal battles some five years ago, believes a prime minister cannot juggle between his job and a court case.

"Even if he doesn't have to sit in court all day long, the fact that he will be getting constant updates on governmental meetings during his hearings seems unreasonable to me. It is almost a full time job because he will also need to get prepared and sit down with his attorneys. So in practical terms, what one should do [in such a case] is to focus solely on the trial, not serve as the prime minister".

Israeli law stipulates that a PM may continue to hold the post until there is a solid conviction in a case. Netanyahu has rejected all the allegations thrown his way saying he was acting within the limits of the law.

Netanyahu has also accused the media, the police, and Israel's judiciary system of systematic bias against him, prompting mass protests across the country that erupted shortly after the country's Attorney General Avichai Mandelblitt announced he would recommend indicting the prime minister.

For Rosovsky, however, these claims are groundless. "His chances [to win the case - ed.] are no worse or better than of any other person. In fact the prosecution went light on him”, he said referring to case 1000 where Netanyahu was accused of breach of trust for receiving such gifts as cigars, bottles of champagne, and jewelry valued at over $200,000.

"It is not a rigged game, it is just our method. The prosecutor's filing system is such that most of the defendants are convicted once they reach the court. Yet, there is a chance that he will be acquitted as it is not a clear-cut case and he has his defensive claims".

However, there are also those who didn't want to wait until the final verdict in Netanyahu's case, calling on the PM to relinquish his post.

A day after Israel's third elections that brought him victory positioning his party Likud at the top with 36 seats in the 120-seat Israeli Parliament, the Movement for Quality Government, an NGO that aims at "defending Israel's democratic ethos”, filed a petition with the country's High Court of Justice arguing that the prime minister should not be given the keys to form the next government due to his legal saga - an appeal that was rejected on the grounds of being submitted too early.

Premiership as a Tool:

The PM, meanwhile, continues to cling to power, believes Rosovsky. Although yesterday's consultations at President Reuven Rivlin's residence ended with most parties recommending Netanyahu's main rival ex-chief of staff Benny Gantz as the country's next prime minister, Netanyahu believes the battle is not yet over.

After receiving the mandate from the president to form a government (set for tomorrow), Gantz will have 28 days to try to establish a coalition.

If he fails, just as he did two previous times, the ball once again will be in Netanyahu's court. Although it doesn't guarantee him victory, it does buy him time.

"The current situation is convenient for Netanyahu as he continues to serve as a premier out of inertia”, said Rosovsky, suggesting that the PM is motivated by a desire to avoid facing a trial.

"Clinging to power is an important goal for him. Firstly because he believes the court would treat him differently and he would have better chances to reach a settlement [in a position of a PM and not just as an ordinary member of parliament] and, secondly, because he is counting on the fact that in the fourth, fifth or sixth round of general polls, he will finally receive the 61 seats needed that would enable him to pass the French law [that prevents putting a leader on trial - ed.]".

The 14th of April will be Gantz's deadline to form a government. If no extension is given, Netanyahu will have an equal period of time to do the same. In the event both fail, Israel will head to the polls yet again, most probably in September.