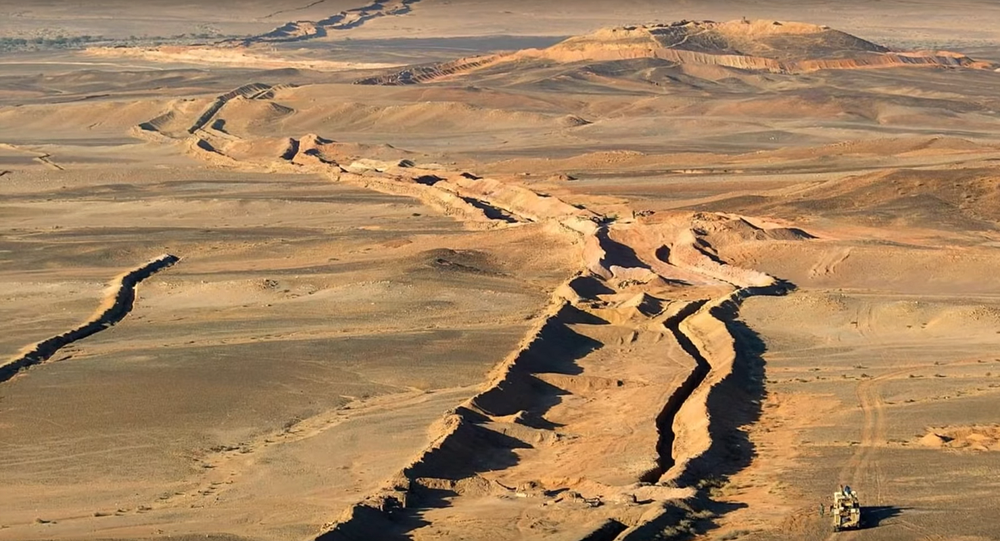 Morocco enjoys strong economic and military ties with Israel, thinks the founder of the Israel-Morocco Friendship Association. But the road to full diplomatic relations is bogged down by the stalemate on the Palestinian front.

Israel has been pushing the US to recognise Moroccan sovereignty over the disputed territory of Western Sahara in exchange for the establishment of full diplomatic ties between Morroco and the Jewish state, reports suggest.

If true, Morocco would be the third Muslim nation to establish ties with Tel Aviv over the past couple of years, following in the footsteps of other African states - Chad and Sudan.

For Simon Skira, the founder of the Israel-Morocco Friendship Association, the establishment of ties makes perfect sense.

Once home to 250,000 Jews, most of whom left after World War II, the subsequent establishment of Israel in 1948 and the riots that erupted shortly after, Morocco now houses a Jewish community that lists some 3,000 members. Most of them boast a strong connection to Israel.

"The Moroccan authorities know about their relations with Israel. They know about their trips to Israel but tend to turn a blind eye to this activity", said Skira who also used to lead organised trips of Jews and Israelis to Morocco.

Rabat established ties with Israel in 1993, following the signing of the Oslo Accords between the Palestinian Liberation Organisation and the Jewish state. Although relations were severed seven years later, with the eruption of the second Palestinian uprising, the two countries continue to cooperate in many spheres.

In 2017, for example, Morocco's trade turnover with Israel amounted to $37 million, and ranked third among Arab countries, after Jordan and Egypt, in terms of trade with the Jewish state.

Reports suggest that the two countries also enjoy tight military ties. In January, the Moroccan Army received three Israeli reconnaissance drones in a deal worth $48 million, and in 2018 Moroccan policemen were seen carrying Israeli-made bullpup assault rifles during a parade - allegations that Rabat has denied, claiming the weapons were purchased from a third party.

The amount of Moroccan visitors to the Jewish state is significantly lower at slightly more than 2,000 in 2018 but projections are that this number is only expected to grow in the event of ties being established.

Palestinians as the Bone of Contention

This, however, does not seem to be happening. In 2017, King Mohammed VI cancelled his participation in a West African summit allegedly because he didn't want to meet the Israeli PM.

A year later, when the US recognised Jerusalem as the capital of the Jewish state and moved its embassy to the disputed city, the Moroccan Parliament asked for a vote on a draft bill that would criminalise any normalisation with Tel Aviv and that would impose significant fines and up to five years in prison for those who dared to attempt it.

Finally, in 2019, the Moroccan monarch rejected a request by US Secretary of State Mike Pompeo to hold talks in Rabat with the Israeli PM, who had hoped for a breakthrough between the two nations.

The reason for this, thinks Skira, is the Palestinian issue.

"As the chairman of the Al Quds Committee [an offshoot of the Organisation of the Islamic Conference that groups 57 states - ed.] and as somebody who's respected by the Arabs, King Mohammed cannot ink a deal with the Jewish state simply because it won't be taken lightly by public opinion in his country".

Shortly after US President Donald Trump rolled out his "deal of the century" peace plan, thousands took to the streets in cities across Morocco to protest the move chanting anti-Israel and anti-American slogans and calling to boycott American products.

Mass rallies against the two states were also held in 2018 following Washington's decision to move its embassy to Jerusalem, considered holy for three religions.

"The masses are like a lion on a leash. When they want, they hold this animal tight. When they want to scare others, they unleash it", said Skira referring to the Moroccan authorities.

After claiming victory in 2011, gaining 40 percent of seats in the Moroccan Parliament, the moderate Islamist Justice and Development Party introduced a number of anti-Israel bills the most important of which is a criminal offence for any ties with the Jewish state.

© AP Photo / Nasser Shiyoukhi
Palestinians clash with Israeli troops during a protest against U.S. President Donald Trump's decision to recognize Jerusalem as the capital of Israel in the West Bank city of Bethlehem, Friday, Dec.8, 2017
"Most people voted for this party and they are associated with it. People want action. Some people are ready to starve but they want Morocco to stay away from Israel", thinks Skira, adding that the situation is slowly changing.

Polls conducted in 2019 on behalf of the Israeli Foreign Ministry found that some 41 percent of Moroccans didn't object to the establishment of ties with Tel Aviv.

"In recent years there have been voices that called on the government to put Morocco's national interests first and that means following in the step of other states that have recognised Israel. We are not there yet but I am optimistic that relations will only improve with time".