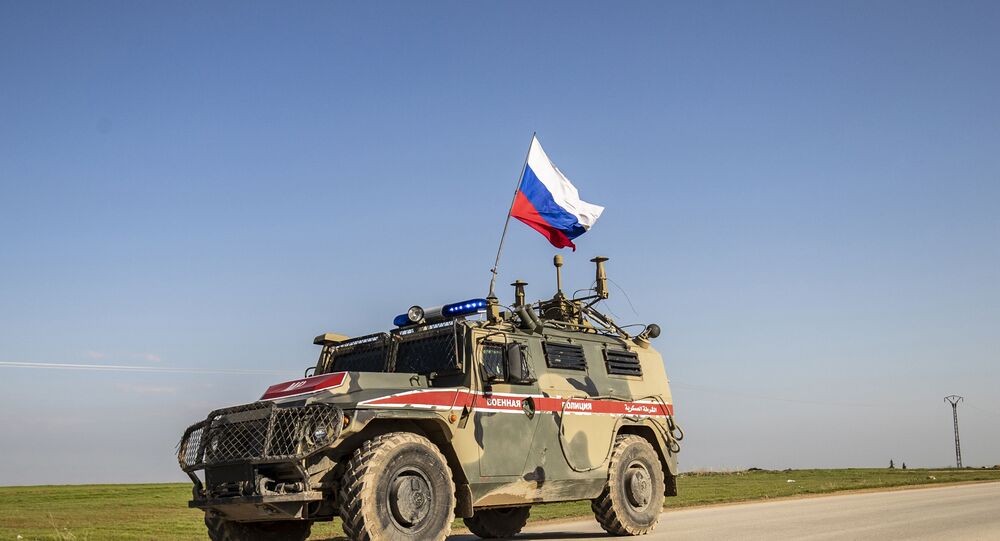 The Russian military police have arrived at a meeting point in the city of Saraqib in the Syrian province of Idlib, where the first joint patrol of the strategic M4 highway with Turkey is to be launched later on Sunday. Turkish servicemen will join the Russian troops later in the day.

The joint forces were set to patrol the highway from Trumba near Saraqib to the settlement of Ain-al-Havr. However, according to the Russian Defence Ministry, the route had to be shortened because of radical militants' provocations, as the terrorists used civilians as human shields against the patrol.

The patrols are part of an agreement, negotiated by Russian President Vladimir Putin and his Turkish counterpart, Recep Tayyip Erdogan during their meeting in Moscow. The deal stipulated establishing a security corridor that runs six kilometres (3.7 miles) north and south of the M4 highway that connects Latakia to Saraqib.

The presidents had to hold talks after an escalation in Idlib, where Ankara and Damascus clashed earlier this month.

The conflict between Syrian forces and the Turkish military erupted after the Syrian Army carried out a strike against Tahrir al-Sham* militants in Idlib, killing up to 36 Turkish soldiers, deployed next to the terrorists. In retaliation, Turkey attacked the Syrian military, claiming that its strikes "neutralised" around 300 Syrian servicemen and destroyed multiple military vehicles.