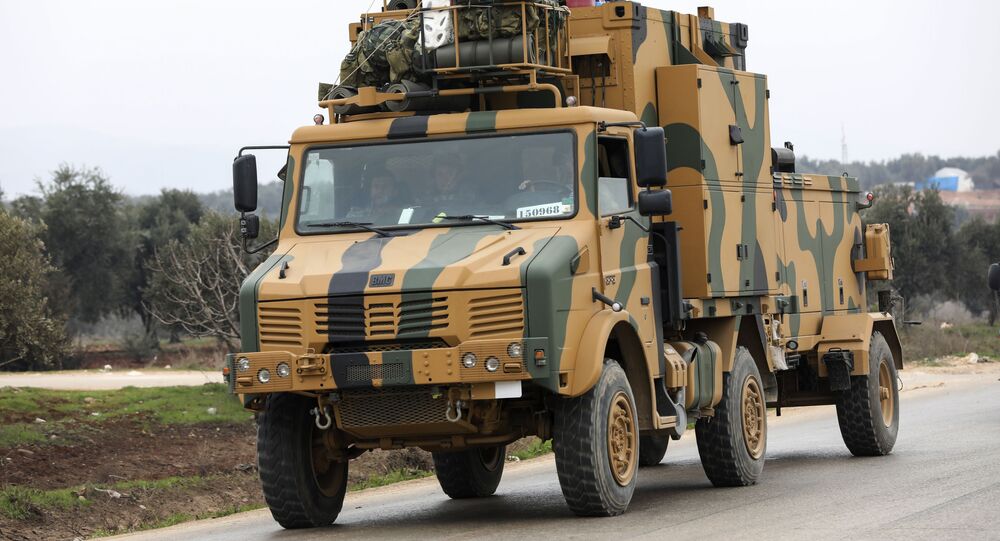 Ankara vowed to send additional troops to the province after the region saw an escalation of violence at the end of February, as per an agreement reached with Moscow on 5 March.

Turkish Defence Minister Hulusi Akar asserted that the nation's troops will stay in the Syrian Idlib province, and rejected any withdrawal. He noted that the armed forces will hold their positions inside Syrian territory just across the Turkish-Syrian border.

He added that Turkish forces will monitor the ceasefire regime in the province and vowed to intervene if the Syrian Army violates it, without clarifying whether Ankara would respond to the violations on the local militants' side.

"Our forces have been ordered to act accordingly if the cease-fire is violated and attacks continue. Everyone is ready at any moment […] We will restart [the Spring Shield operation] where we left off and hurt [Syrian forces]", Akar said.

Tensions in Syria's Idlib escalated last month after local terrorist groups intensified attacks against the Syrian Army, forcing a response in kind. Damascus forces, however, shelled Turkish troops as they were returning the terrorists' fire, killing 33 servicemen, who, according to Russia, were not supposed to be in the region of operation.

The violence escalated further after Ankara vowed to retaliate for the deaths of its soldiers by launching an offensive against the Syrian Army dubbed Operation Spring Shield. The attacks reportedly resulted in the deaths of dozens of Syrian servicemen.

To stop the bloodshed in the Syrian province, Russian President Vladimir Putin and his Turkish counterpart, Recep Tayyip Erdogan, negotiated an agreement on 5 March which oversaw the re-establishment of the ceasefire regime in the region and the organisation of joint patrols on the M4 and M5 highways. Ankara also pledged to deploy more troops to the region, while ensuring that they strictly stay within established observation posts in the province.