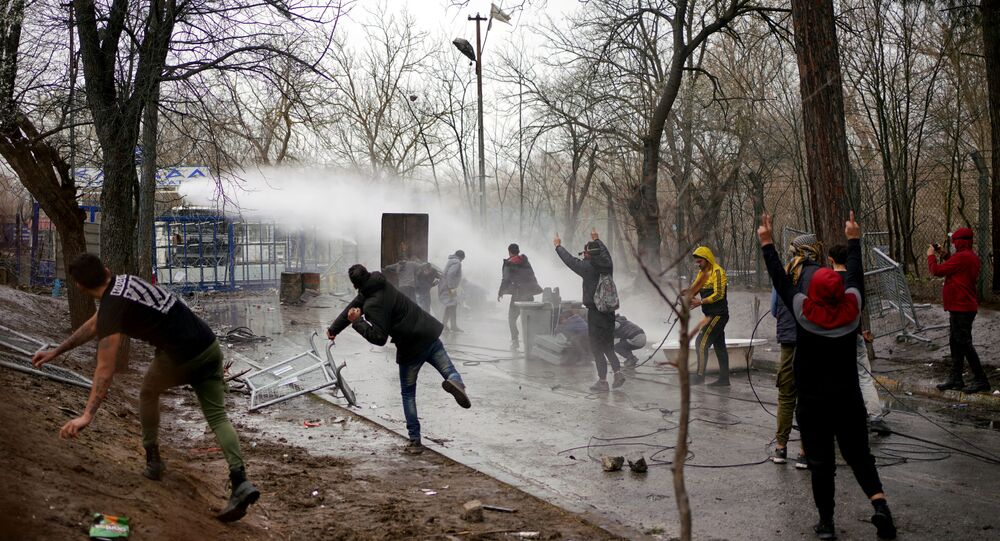 Previously, Ankara stopped preventing Middle Eastern refugees from trying to breach through its borders with neighbouring European states, specifically Greece, thus violating an agreement that Turkey signed with the EU back in 2016.

"Countries can't use refugees issue as leverage to pressure other states, as Turkey does in regards to the European Union. Turks will always be pressuring [Syria] and Europe using refugees", Haddad said.

The Syrian envoy added that the Arab Republic is actively working towards bringing its citizens back home, noting that "Syria is returning to peaceful life". Haddad said that in order to incentivise people to return, Damascus is working on several issues at the same time: fighting terrorism and illegal foreign interventions, maintaining political dialogue within the country, and restoring the country's economy.

The latter, however, requires assistance from foreign countries as well, the envoy stressed. Haddad pointed out that Syria is currently experiencing significant financial stress due to foreign sanctions targeting its economy and called on countries to end the "economic blockade" of the Arab Republic.

Following the recent escalation of violence in Idlib, which was triggered by frequent attacks by local terrorists on the positions of the Syrian Army, Turkey reported a major influx in the number of refugees coming from the troubled province in Syria. Erdogan's governing AKP party announced that the country would no longer be able to contain and accommodate the refugees that it is receiving and would stop preventing them from trying to enter the EU.

This has resulted in thousands of refugees gathering on the Turkey-Greece border and trying to force their way into the EU. Brussels responded to the emerging refugee crisis by deploying Frontex’s rapid intervention team to the border to prevent the migrants from breaching it.

European Commission President Ursula von der Leyen pledged to help Greece cope with the refugees and added that the migrants had been "lured through false promises into this situation".

Turkey and the EU signed a deal in 2016 according to which Ankara hosted a major part of the migrants coming from the Middle East instead of letting them pass through to the EU, in exchange for receiving financial support from Brussels. However, Turkish President Recep Tayyip Erdogan has long accused the EU of failing to fulfil its part of the deal and not paying what it owed to Turkey under the agreement.