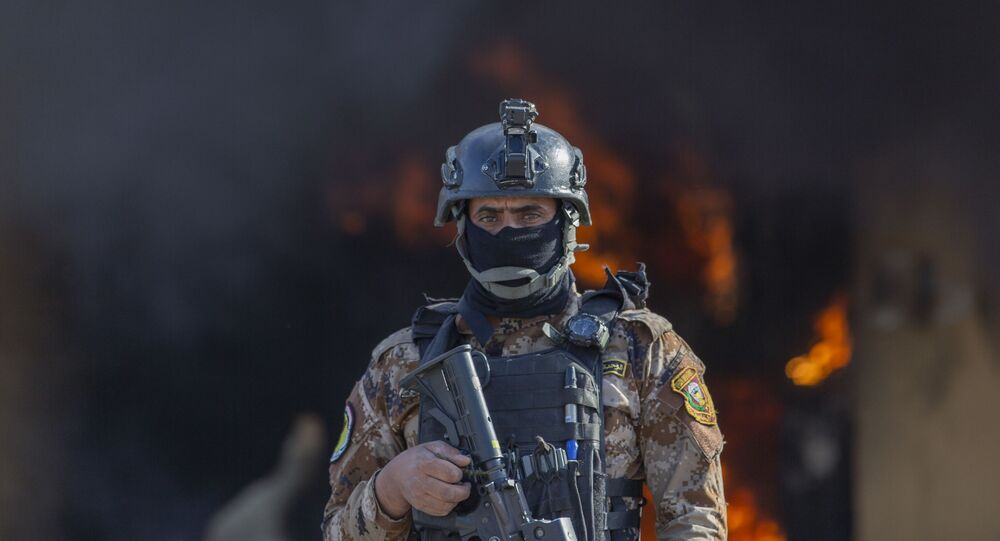 The attack followed news that the US would be moving air and missile defence systems to the country, despite Baghdad earlier urging the coalition to withdraw from Iraq.

A video, reportedly depicting a rocket attack against the Camp Taji base in Iraq, has been published by Aurora Intel. The footage, which has not been officially confirmed, shows projectiles illuminating the night sky, while the distant sound of the strikes can be heard.

The attack, allegedly shown in the video, occurred on Wednesday, resulting in the deaths of at least three personnel, also leaving 12 others wounded. The coalition noted that about 18 107-millimetre Katyusha rockets were used in the strike.

​According to preliminary reports, the victims are American and British citizens, however, their identity will remain unknown until their families have been notified. Both London and Washington condemned the assault, with US forces retaliating by hitting the Popular Mobilisation Forces (PMF) in Iraq.