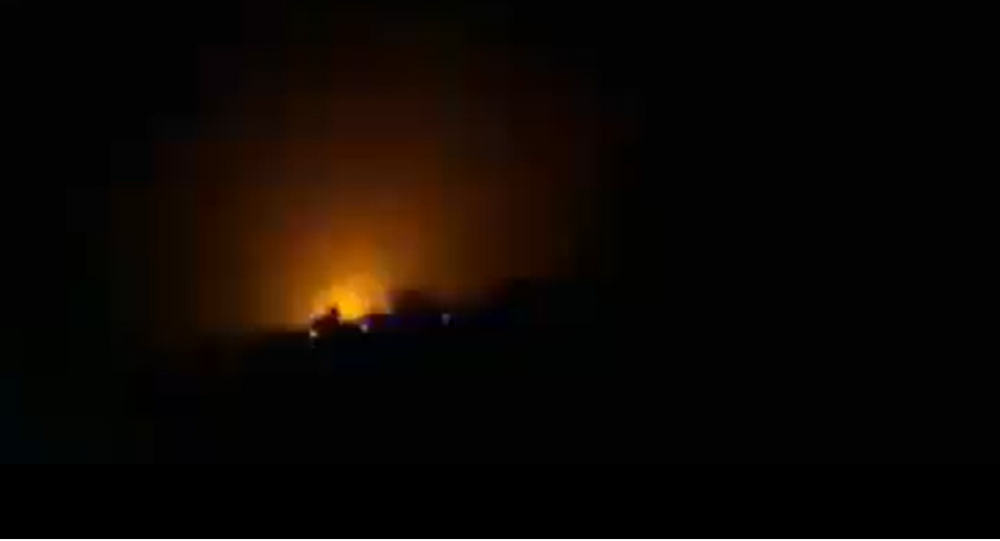 The reports come following an attack against Iraq's Taji military base, which hosts US-led coalition troops. A coalition spokesperson confirmed that three personnel were killed during the attack, with "approximately 12 additional personnel" being wounded.

US forces conducted airstrikes against an Iraqi militia base located in the Anbar province on the border with Syria, local media reported.

Sky News Arabia specified that the attack on Iraqi soil was against a Popular Mobilization Forces (PMF) base.

"US aircraft conduct airstrikes against the al-Hashd al-Shaabi militia base in the area of al-Khuray village of Anbar province," the channel reported.

Along with reports from Iraq, the Syrian state news agency SANA reported that airstrikes were being carried out near a Syrian checkpoint on the border with Iraq in Deir ez-Zor's town of Abu Kamal. According to SANA, some material damage was caused by the attacks.

Syria's state Ikhbariya broadcaster noted that the strikes on Syrian soil were conducted by "unidentified aircrafts".

It is unknown whether media outlets were reporting the same airstrikes.

Earlier in the day, the US-led coalition fighting the Daesh* terrorist group said that more than 15 small rockets hit Iraq's Taji military base, which hosts its troops.

Following the coalition statement, multiple reports appeared, citing unnamed US officials, that at least two US citizens and one British citizen had been killed in the rocket attack on the base. The reports added that multiple others were also wounded during the attack. Initial reports were confirmed by the coalition spokesperson, who said that three coalition personnel were killed and "approximately" 12 others being wounded during the attack.