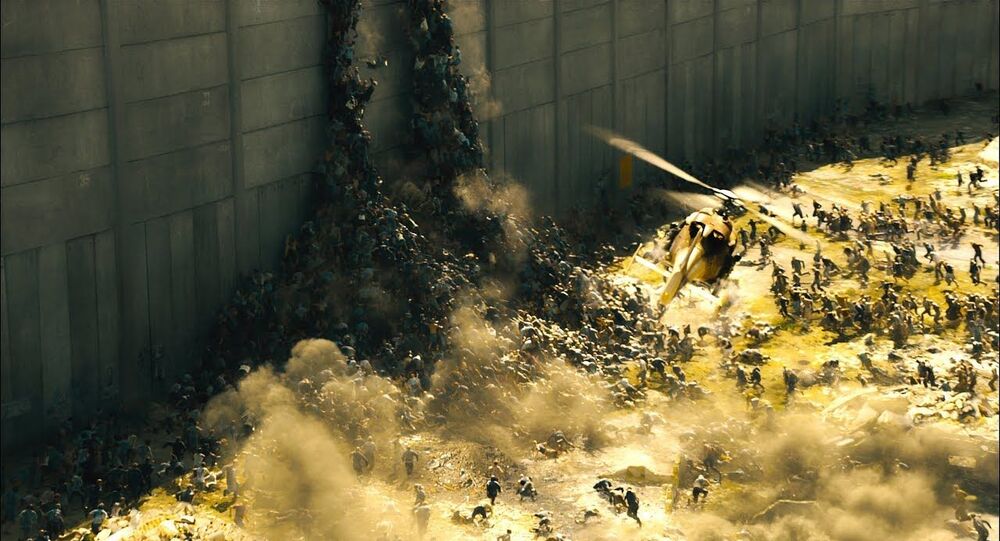 Israel, Quarantine and an Epidemic: It’s World War Z All Over Again, Except Brad Pitt Is Missing

If Brad Pitt decided to embark on a quest to find a way to stop the coronavirus outbreak, he might want to re-watch the movie World War Z, where his character ultimately saved the world. This time around, however, he wouldn’t make it to Israel so easily.

Hollywood has produced a plethora of apocalyptic horror films, but nothing is as frightening as the threat of a real epidemic.

Israel, where 50 people have already tested positive for the novel coronavirus, is going to great lengths to stop the disease from spreading.

All visitors from abroad — Israelis and foreign citizens alike — must be placed in home isolation for two weeks, according to a Monday order by Prime Minister Netanyahu. Those who fail to demonstrate to border authorities they will be able to self-quarantine won’t be allowed into the country.

This drastic response to the viral outbreak resembles Israel’s recipe for another (fictional) epidemic: the zombie one.

In the 2013 movie World War Z, Israel was one of the few countries that had successfully sheltered its citizens from hordes of zombies. Gerry Lane (Brad Pitt), a former UN investigator who’s enlisted to help find the source of the outbreak, travels to Israel to find the entire population gathered in Jerusalem.

He finds out that the authorities have built a huge wall around the city and are taking in surviving Israelis and Palestinians. However, when the two former rival groups start singing in an inter-faith religious celebration, it attracts the undead and Israel gets destroyed (some critics at the time interpreted that scene as social commentary on how futile the idea of Israeli-Palestinian harmony is).

Here’s hoping humanity will meet a less violent fate than it did in the movie.