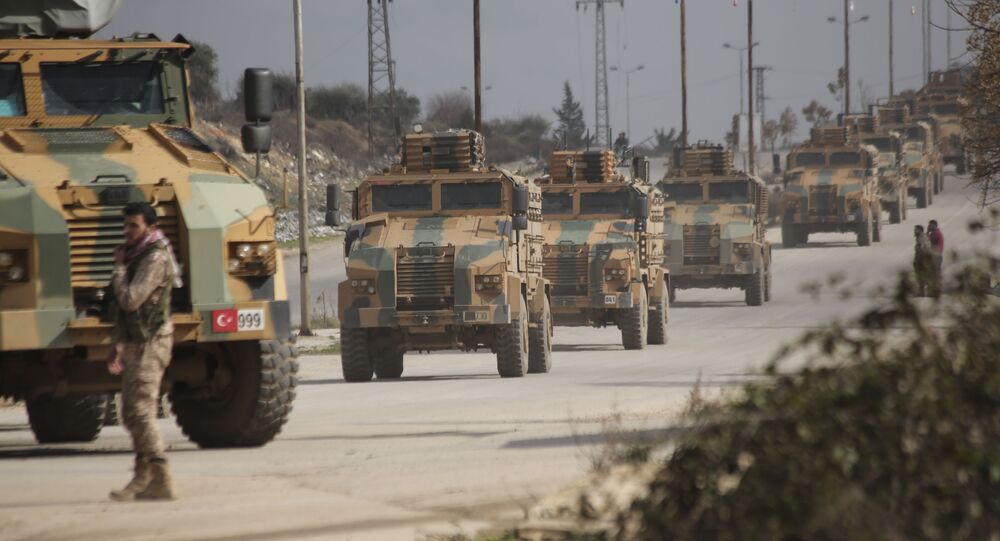 An almost decade-long armed conflict in Syria is drawing to a close, with Idlib province in the country's northwest the last major bastion held by Islamist militant rebels. Fighting there escalated in recent weeks after Turkey, a NATO member, intervened in the region to slow Bashar al-Assad's advance.

The United States would respond with unspecified measures and sanctions if Russia or Syria violated the recently-agreed-to ceasefire in Idlib, James Franklin Jeffrey, the US special envoy for Syria, told reporters in Brussels on Tuesday.

The envoy did not elaborate on whether any action would be taken if Turkey is the side that breaks the ceasefire deal.

He did not rule out assisting Turkey in Idlib within the framework of NATO, including supplying missile defence systems.

“We are looking at what NATO can do, all options on the table,” Jeffrey replied when asked whether the US was considering supplying the Patriot systems.

He clarified, however, that the US is not considering deploying ground troops, in line with plans to phase out its military presence in Syria and other hotspots, but will look at whether it could provide aerial assistance.

Last week, Vladimir Putin and Recep Tayyip Erdogan agreed to a ceasefire in Idlib, where the Turkish forces and Syrian militias backed by Turkey have been exchanging fire with the Syrian Army. The fighting left around 60 Turkish soldiers dead, including 33 in a single aerial strike on 27 February. Russia, Syria's key military ally, said that the Turkish troops were attacked by Syrian forces while operating alongside jihadist fighters and accused Turkey of aiding terrorists.

Idlib, which shares a border with Turkey, is the last rebel-held stronghold in the country; the Kurds' self-proclaimed autonomous region Rojava is in talks with Damascus. Syrian troops have been conducting an offensive in Idlib since December to clear the area of radical militant factions, including Hayat Tahrir al-Sham, an al-Qaeda offshoot.

Erdogan on Monday threatened to take unilateral action in Idlib if the ceasefire deal is not observed. The agreement, in effect since last Friday, stipulates a 12-kilometre-wide security corridor along the crucial M4 highway and joint Russian-Turkish patrols in that zone.