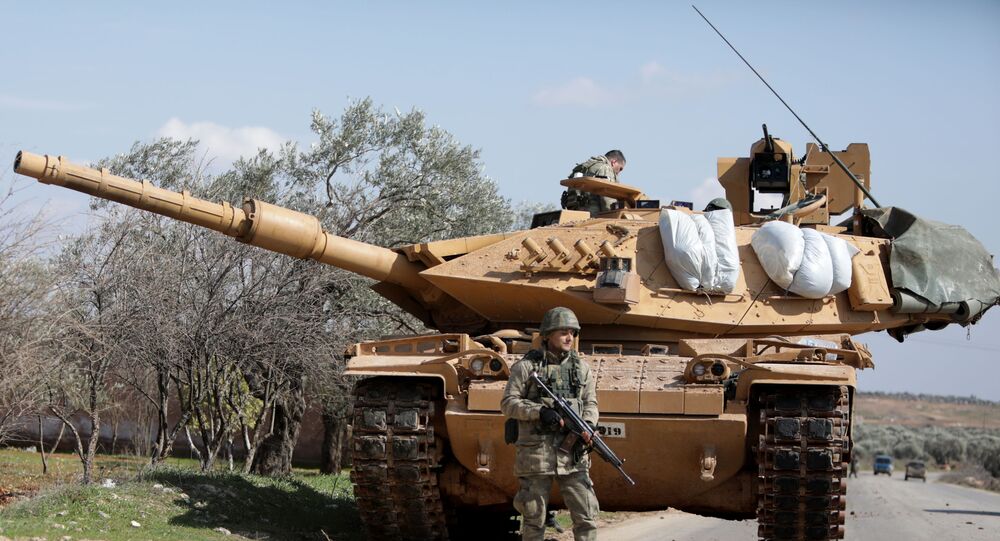 The wayward province of Idlib, now the last major piece of territory outside Damascus's control in Syria's west, is subject to a ceasefire deal between Turkish and Syrian forces brokered by Russia following weeks of heavy fighting.

Speaking with Turkey's Anadolu news agency on Tuesday, the foreign minister said the ceasefire would help protect civilians in the militant-controlled Syrian province.

Commenting on the details of the Russia-brokered ceasefire in Idlib, Cavusoglu said that under its terms, the Turkish military would patrol north of the security corridor along the strategic M4 highway, with Russian forces patrolling its southern side.

On Monday, President Recep Tayyip Erdogan told reporters that he had asked Turkey's NATO allies for "additional...assistance on Syria - for the defence of the border, and in connection with the migration challenge."

President Trump revealed March 1 that he had been speaking with his Turkish counterpart about Ankara's request for Patriot missile systems amid the situation in Idlib. Last Tuesday, US Ambassador to Turkey David Satterfield said these discussions were still ongoing.

In his interview Tuesday, Cavusoglu said the US has already provided Turkey with land, sea and air intelligence on Idlib.

© AFP 2020 / Aaref Watad
A boy looks at a convoy of Turkish military vehicles near the town of Hazano in the rebel-held northern countryside of Syria's Idlib province on March 3, 2020.

2016 Migrant Deal Needs to Be Revamped

Commenting on Turkey's talks with the European Union regarding the new migrant crisis which ignited amid the Idlib crisis as Ankara warned that "millions" of refugees would be sent to Turkey's borders with Europe, Cavusoglu suggested that the 2016 agreement between Ankara and Brussels needs to be revamped.

According to the top Turkish diplomat, the solution would require the EU to liberalize its visa regime with Ankara, and work to update Turkey's customs union with the bloc. He promised that Turkey would be ready to 'work constructively' with the EU on the issue.

Earlier, German Foreign Minister Heiko Maas warned Turkey not to use the migrant crisis issue as a "bargaining chip" in talks with Europe, stressing that "negotiations made at the expense of the weakest will not give the desired result," and urging Ankara to stick to "its part of the deal."

Tens of thousands of migrants, including refugees fleeing the fighting in Syria, but also apparent would-be economic migrants from Afghanistan, Iraq and African countries gathered on Turkey's borders with Greece after Ankara opened the border on the Turkish side late last month. On Sunday, Erdogan called on Greece to "open the gates" to migrants, suggesting that other European countries should be made to deal with the burden.

Under the March 2016 migrant deal, the EU was obligated to provide Turkey with over $3 billion to assist Syrian migrants situated in Turkey. Both sides also agreed to "re-energize" talks on Ankara's possible accession into the bloc. In return, Turkey moved to stop the flow of refugees into the EU.

Russia and Turkey announced a ceasefire between Turkish and Syrian forces in Idlib on Thursday following six hours of talks between Erdogan and Russian President Vladimir Putin in Moscow. The Syrian Army began an operation in Idlib in late 2019 after repeated attacks on its forces by terrorist militias operating in the rebel province. On February 27, Syrian forces carried out strikes against jihadists in the region, killing 33 Turkish troops operating alongside the militants, prompting Ankara to launch 'Operation Spring Shield' to push Syrian forces back.