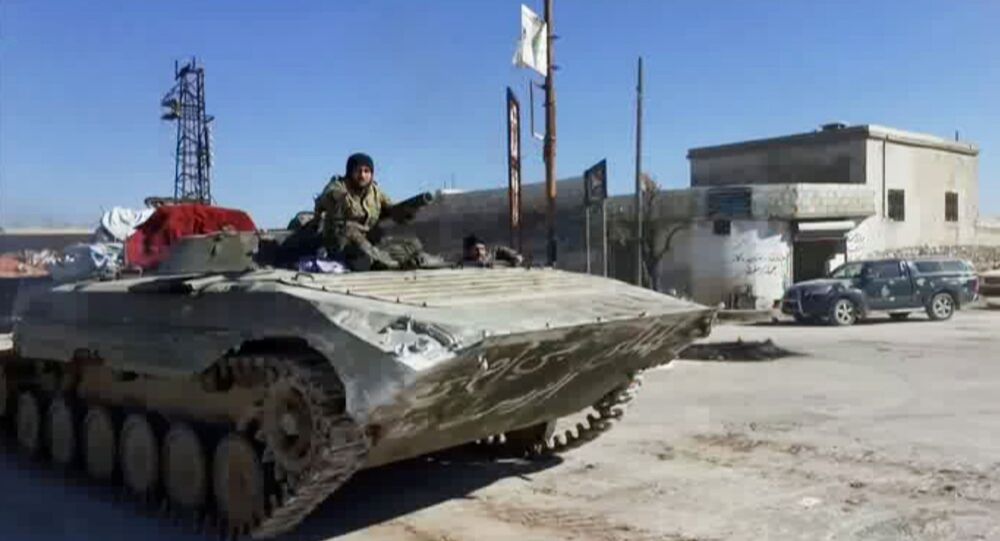 MOSCOW (Sputnik) - The number of attacks in the Syrian province of Idlib has fallen since Russian President Vladimir Putin and his Turkish counterpart Recep Tayyip Erdogan signed a new ceasefire agreement in Moscow, the head of the Russian Defence Ministry's centre for Syria reconciliation, Rear Admiral Oleg Zhuravlev said Monday.

The centre for Syria reconciliation head reported that two instances of firing were registered in settlements in Latakia province, from positions belonging to the Hayat Tahrir al-Sham and the Turkestan Islamic Party terrorist organizations*.

“In accordance with the Russian-Turkish agreements, a ceasefire was introduced in the territory of the Idlib de-escalation zone at 00:01 local time on March 6, 2020 [22:01 GMT on March 5]. Due to these agreements, the number of shelling attacks has been regularly registered. During the course of the previous day, no registered shelling took place by illegal armed groups which are under Ankara’s control”, Zhuravlev said during a press briefing on Monday.

On Thursday, Erdogan traveled to Moscow for talks with Putin amid an escalation of violence in Idlib province.

A joint document was adopted with both sides agreeing on a ceasefire to commence at midnight on the same day.

Both parties also agreed to establish a security corridor on the M4 highway that connects the provinces of Latakia and Aleppo.

*Hayat Tahrir al-Sham, the Turkestan Islamic Party are terrorist organizations banned in Russia and many other countries.