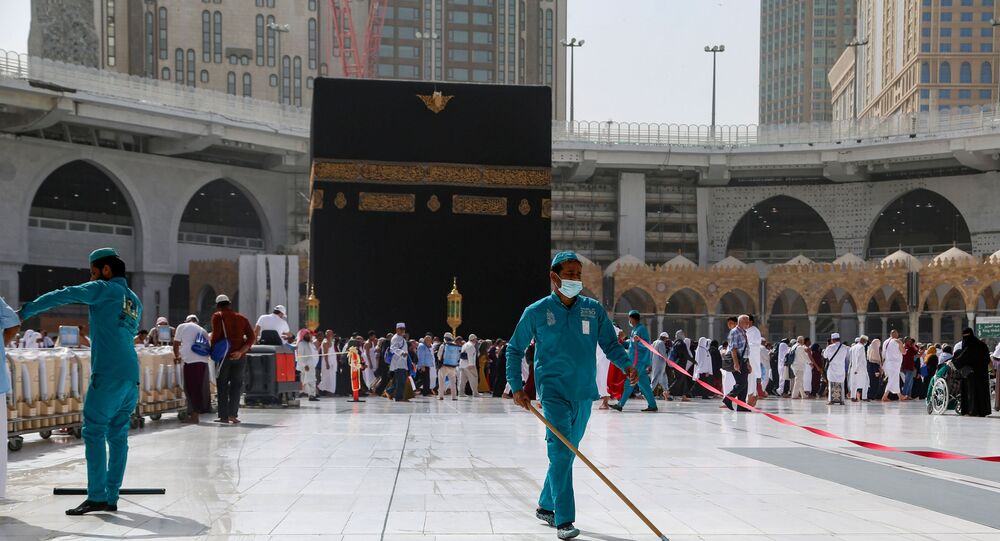 Saudi Arabia on Monday revealed that it will impose a fine of up to $133,000 on people who do not disclose accurate health information and travel details at the country’s entry points in an effort to contain a COVID-19 coronavirus outbreak in the kingdom.

The country also issued a temporary lockdown on its Qatif province on Sunday, where most of the 15 Saudi Arabian people infected with the novel coronavirus live.

According to Reuters, some of the infected individuals in Qatif did not reveal to Saudi authorities that they had traveled to Iran or Iraq before becoming infected. In addition, some of those infected in Saudi Arabia interacted with people from Iraq and Iran who were visiting Qatif; the two countries and the province all have large Shiite populations. The latest data by Johns Hopkins University reveals that there are more than 7,000 cases of the virus in Iran and 60 cases in Iraq.

“All the travelers coming to the kingdom by international flights, managers and workers of other transportation means have to respect local and international health directives,” the kingdom’s public prosecutor said in a statement Monday, Reuters reported.

Spiritual pilgrimages to the holy Saudi cities of Mecca and Medina, as well as food and beverages at mosques, have also been banned.

On Monday, King Salman of Saudi Arabia pledged $10 million to the World Health Organization in an effort to help contain the global coronavirus outbreak.

In addition, the causeway that links eastern Saudi Arabia to Bahrain was shut down on Saturday, Reuters reported. There are currently 95 coronavirus cases in Bahrain.

Kuwait has said it will temporarily shut down all cinemas, theaters, wedding halls and hotel meeting rooms, Reuters reported. In addition, Kuwaiti schools will be closed until March 26. The unit of a major hospital in Manama, Bahrain, was also recently shut down after a medical intern became infected with the virus.

Washington Church Visitors Should Self-Quarantine Due to Coronavirus - Mayor Bowser