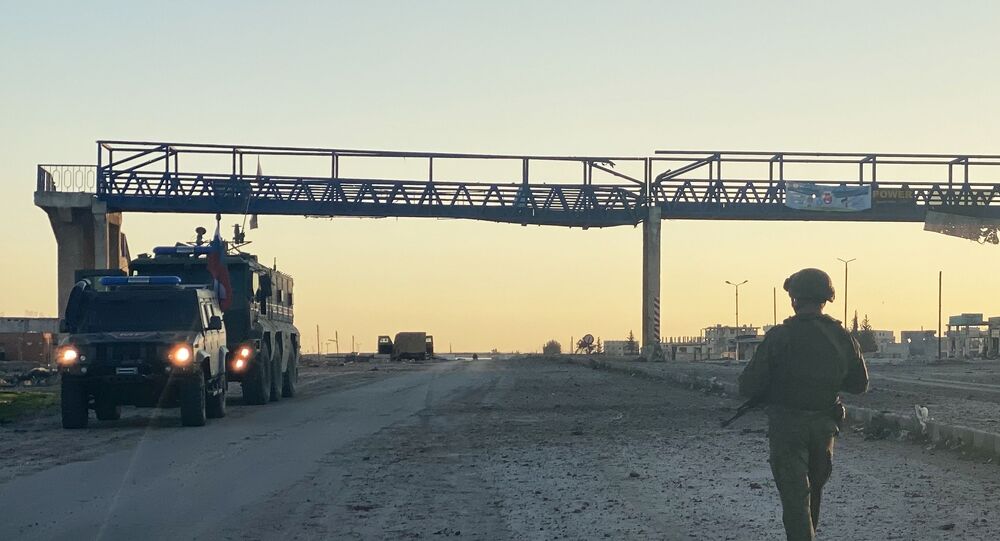 MOSCOW (Sputnik) - On Thursday, Russian President Vladimir Putin and his Turkish counterpart, Recep Tayyip Erdogan, agreed on a ceasefire in Idlib, which started at midnight. The sides also agreed to create a security corridor six kilometres (3.7 miles) north and south of the M4 highway in Syria, which connects the provinces of Latakia and Aleppo.

"From the moment the ceasefire agreement in Idlib entered into force, there have been no cases of violation thereof until now. We are closely monitoring the situation and in case of attacks on our observation posts will immediately respond", Akar was quoted as saying by the Turkish Anadolu news agency.

"Within the framework of the agreement reached in Moscow, starting 15 March, we will begin joint patrolling in Idlib. We started discussing the conditions for creating a security corridor along the M4 highway. For that, the Russian delegation will come to Ankara next week", Akar was quoted as saying by the Turkish NTV broadcaster.

On Thursday, Turkish President Recep Tayyip Erdogan and Russian President Vladimir Putin agreed on a joint document on the de-escalation of tensions in Syria following a six-hour-long meeting in Moscow.

In September 2018, Russian President Vladimir Putin and his Turkish counterpart Recep Tayyip Erdogan held talks in Sochi devoted specifically to the Idlib de-escalation zone. They agreed to create a demilitarised buffer zone in the province, which meant that all heavy weaponry operated by rebel groups was to be pulled back, and radical militants — including members of the Hayat Tahrir al-Sham terrorist group, previously known as the Nusra Front* — were to leave the zone.