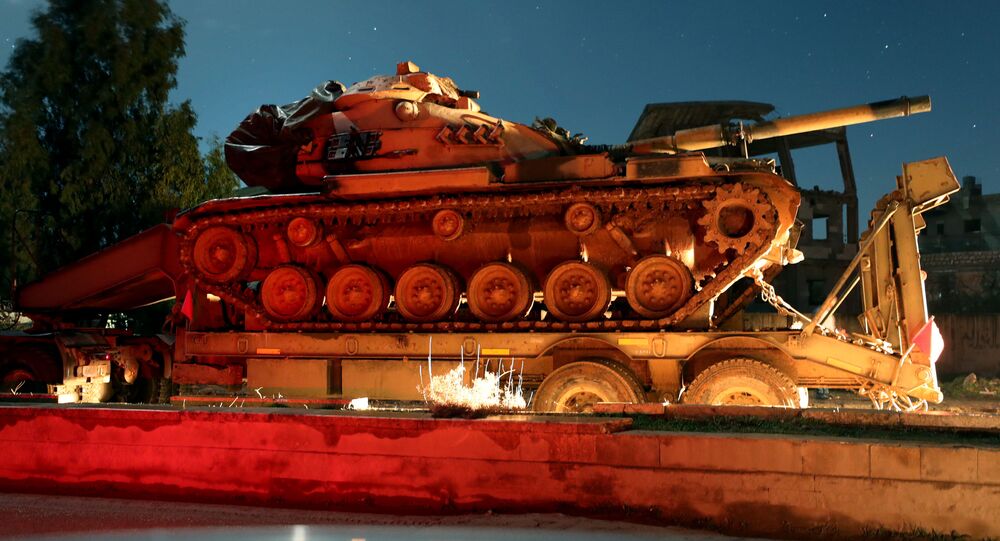 MOSCOW (Sputnik) - Imad Moustapha, Syria's current ambassador to China and former ambassador to the United States, told Sputnik on Friday that Ankara's failure to fulfil some of its commitments under the 2018 Russian-Turkish memorandum on a demilitarised zone in Syria's Idlib casts doubts on the validity of the newest ceasefire in the province.

"Erdogan's track record regarding the Sochi and Astana agreements indicates that he has never honoured his commitments before. It is very difficult to presume that this time will be different," Moustapha said when asked whether he expected the agreement on the ceasefire to be fulfilled by Turkey.

The ambassador went on to say that the only solution to the ongoing conflict in northern Syria would be for Turkey to withdraw its forces.

"As for the security corridor, we have to see if the joint patrols will be able to guarantee the free circulation of the Syrian people along the M4 from Aleppo to Latakia and return. Only time can tell if this is going to work or not", Moustapha added.

On Thursday, Russian President Vladimir Putin and his Turkish counterpart, Recep Tayyip Erdogan, agreed on a ceasefire in Idlib, which started at midnight. The sides also agreed to create a security corridor six kilometres (3.7 miles) north and south of the M4 highway in Syria, which connects the provinces of Latakia and Aleppo.

Fighting in Idlib escalated last week after jihadists carried out an operation against Syrian government troops. This prompted retaliatory attacks, after which the Turkish military said that more than 30 of its soldiers had been killed. The Russian Defence Ministry said that those troops were, for reasons unknown, among the terrorists when they got caught in Syria's return fire.