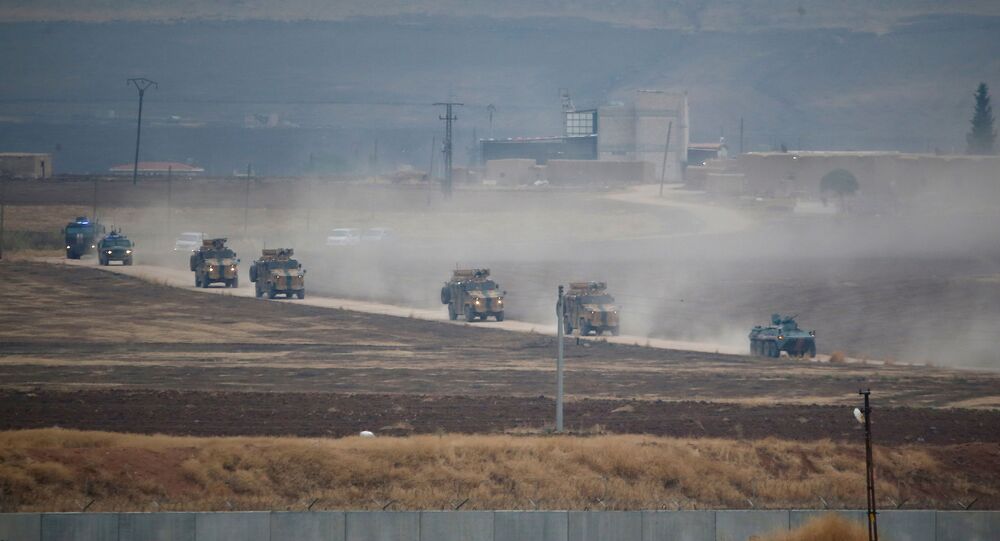 Putin on Turkish Losses in Syria: No One Knew About Servicemen's Location

Several Turkish servicemen died in Syria’s Idlib after being caught in the Syrian Army's fire on local terrorist positions. Damascus’ forces were responding to the militants' attacks, which have intensified in recent months.

Russian President Vladimir Putin has commented on the recent killing of Turkish soldiers in Idlib by saying that nobody, including the Syrian Army, knew about the Turkish troops' whereabouts.

"I would like to once again extend my sincere condolences in regards to the death of [Turkish] servicemen in Syria. The death of people is always a tragedy", Putin told his Turkish counterpart Recep Tayyip Erdogan during their bilateral meeting in Moscow.

The Russian president further stated that the recent escalation of tensions in Syria's Idlib Province demanded his meeting the Turkish president tete-a-tete to resolve this situation. Putin added that the two need to "talk through" the entire situation in the troubled region in order to prevent incidents similar to the one that led to the deaths of Turkish soldiers and to avoid a deterioration in Russo-Turkish relations.

Turkish President Erdogan replied that relations between the two countries are indeed at a high point, but that Moscow and Ankara should continue improving them. He also expressed hope that his meeting with Putin will help ease tensions in Idlib.

In February, Ankara reported that its troops had been fired upon by the Syrian Army during the latter’s offensive against local militants, resulting in the deaths of several soldiers. Turkish troops responded by attacking Damascus’ forces, killing dozens and damaging some of their military equipment.

The Russian Ministry of Defence stated that it took all the steps needed to stop Syrian fire after the first reports of Turkish casualties surfaced and added that they were not supposed to be in the area affected by the attacks from Damascus' forces. At the time, the Syrian Army was repelling just one of many attacks by Idlib-based terrorist groups that have intensified in recent months.

Ankara claims that by attacking militants, Damascus violated the 2018 Sochi agreements, outlining the demilitarisation zones in Syria. In turn, Russia slammed Turkey for not fulfiling its Sochi obligations, by failing to differentiate between local terrorist groups and so-called moderate opposition, willing to engage in dialogue with Damascus.

Ceasefire at Stake: Putin and Erdogan to Discuss Idlib Escalation in Moscow