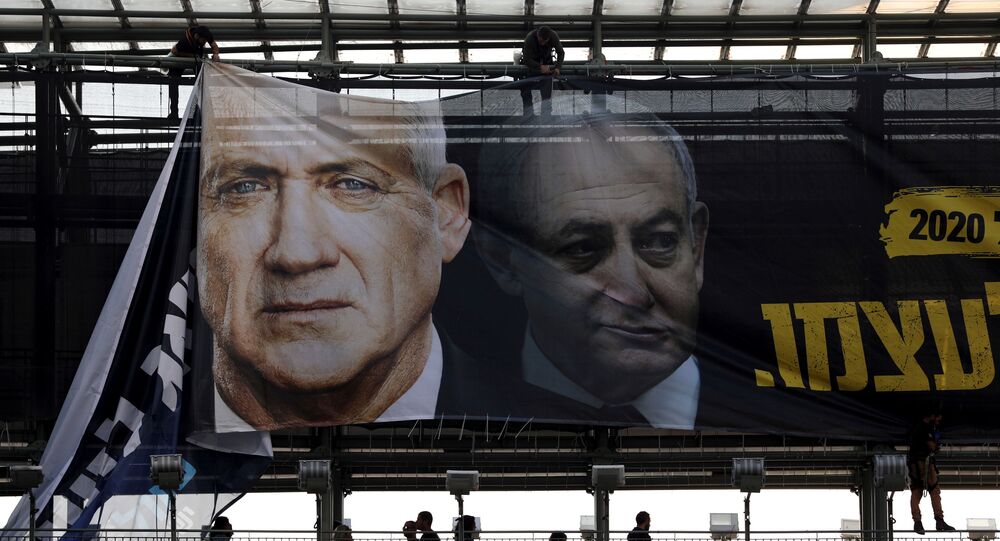 Although the final results of Israel's third general polls have yet to be announced, there is one player that has the right to celebrate, the Joint Arab List. It received 15 seats, becoming the country's third largest party in the Israeli Parliament, the Knesset.

Former Chief of Staff and head of the Blue and White party Benny Gantz needs 28 more signatures to be able to form a government.

For that to happen, he will need the support of the liberal bloc and Avigdor Lieberman's Yisrael Beitenu, who each received 7 seats. He'll also need the backing of the Joint Arab list that in the previous election recommended Gantz for the post of PM to the country's President Reuven Rivlin.

This time, however, nothing is guaranteed.

"Our support is not automatic", said Dr Yousef Jabareen, a member of the Knesset from the Joint Arab List.

"For us to support them, the Blue and White will need to prove a serious change in their political positions, especially on the issue of peace and equality. Until that happens, I am not sure we will give them the backing, even from the outside".

When US President Donald Trump announced his "deal of the century" peace plan aimed at resolving the Israeli-Palestinian conflict, Gantz flew to Washington to meet Trump and endorse the initiative. He has also pledged support for the notion of extending Israel's sovereignty over the Jordan Valley, which makes up some 30 percent of the predominantly Palestinian West Bank, decisions that were slammed by the List.

That's why, believes Jabareen, the party has largely been "a disappointment that was unable to present a true alternative to Netanyahu", costing them crucial votes.

Yet they were not the only ones. Many Israelis, who have traditionally associated themselves with left-wing circles, felt equality strong about the Labour-Gesher-Meretz alliance.

While the merger did speak about equality and human rights, it also included such conservative figures as Orly Levy-Abekasis who was previously part of the hawkish party Yisrael Beitenu, who denied Palestinians their rights.

"Many got disillusioned with the political stance of Labour and Meretz, especially given the fact that they didn't emphasise some issues that are crucial to Israel's left like the establishment of an independent Palestinian state, the issue of equality, human rights, and democracy", explained Jabareen.

In comparison, the Palestinian issue tops the Joint List's agenda but the alliance also concentrates on a number of social issues - important for Jews and Arabs alike - including the fight against poverty, violence, discrimination, and crime.

It promises to assist weaker sections of Israel's population by introducing a higher minimum wage, significant child and special needs allowances, and works to ensure the rights of all citizens to health, education, work, and welfare.

This approach won them votes, says Jabareen, including those of the Jewish population.

"According to our estimates, we received one seat from Jewish voters, and we will work towards increasing this base of supporters in the future".

But the disappointment with the Gantz-led bloc was not the only reason for their success.

"The leading factor is the fact that we ran as a united list", explained Jabareen referring to the merger of four Arab parties in 2015 who previously struggled to pass the 3.25 percent threshold.

© REUTERS / Amir Cohen
Not Close Enough: Pundits See Few Options for Netanyahu If His Bloc Fails to Gain Majority
"We face several challenges including the rise of violence and crime, constant discrimination, and exclusion, and we need to put our internal differences aside and get united in the face of these obstacles".

And there is a fear factor too. "In addition to the fact that Netanyahu has been acting against the Arab community, adopting discriminatory laws against us, he is also promoting the deal of the century plan and this is a new chapter of incitement against our community".

According to the US initiative, some Arab towns and villages that are now under Israeli control are set to become part of a future Palestinian state meaning that thousands of Arab Israelis will be stripped off their Israeli citizenship.

"People are threatened by the US peace plan in general and the transfer provision in particular. That's why they gave us their votes to ensure that Netanyahu will not have the 61 seats he needs to be able to form a government".