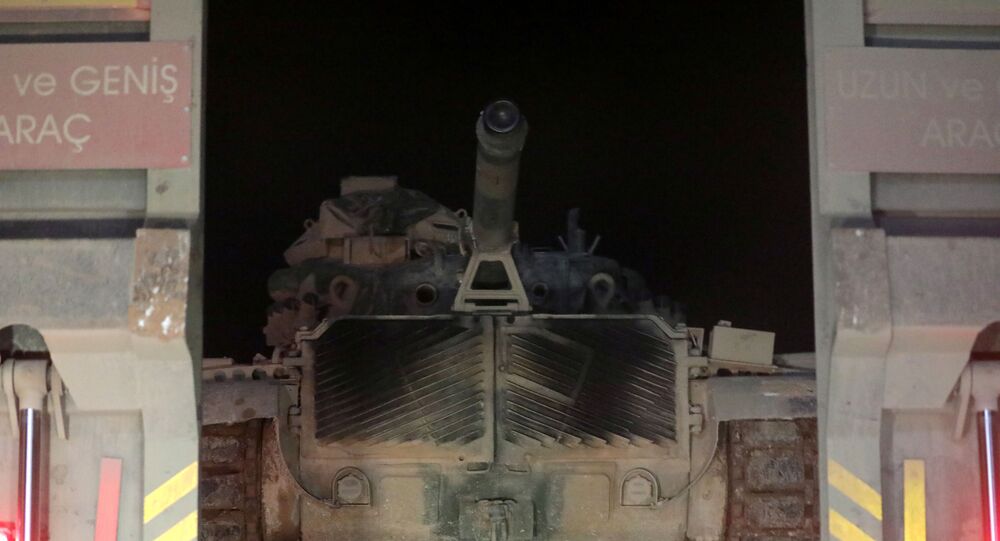 US special representative for Syria James Jeffrey previously announced that Washington would only be aiding Ankara's military operation in Syria's Idlib Province by supplying it with ammunition and providing humanitarian assistance, citing Turkey's status as a NATO ally.

Turkish President Recep Tayyip Erdogan has shared that he asked US President Donald Trump to aid Turkey in its military operation in Syria's Idlib by supplying ammunition to its forces deployed there. He also expressed hope that upcoming talks with Moscow on the situation in the province will result in an "immediate ceasefire in Syria".

US Secretary of Defence Mark Esper stated on 2 March that the US will not be providing any air support to Turkey's military operation Spring Shield in Idlib, but admitted that humanitarian support was discussed in the White House. Later, US special representative for Syria James Jeffrey, said that apart from humanitarian support, Washington will be supplying Ankara's forces with ammunition as a NATO ally.

The tensions in Syria’s Idlib Province escalated after local terrorist groups, like Hayat Tahrir al-Sham*, intensified attacks on Syrian government positions, sometimes under the cover of Turkish artillery fire. Damascus' forces responded to these attacks with Turkish soldiers getting caught in the cross fire.

© AFP 2021 / -
Syrian army units advance in the town of al-Eis in south Aleppo province on February 9, 2020, following battles with rebels and jihadists

Russia said it took all the necessary steps to prevent further Syrian Army fire following the first reports of casualties among Turkish forces, who were not supposed to be in the positions that the Syrians targeted. Moscow further condemned Ankara for failing to fulfil its obligations under the Sochi agreements and differentiate between terrorists and so-called moderate opposition in Idlib.

Turkey claims to have fulfilled all of its obligations under the Sochi agreements and instead accused Damascus of violating them by crossing the de-militarisation zones, despite the Syrian Army doing so to repel attacks by terrorists in Idlib.

During the talks, which took place in 2018 in Sochi, Russia, Turkey, Syria, and Iran agreed to create several zones of de-escalation, three of them controlled by the Syrian Army and one, located in Idlib Province and parts of neighbouring Hama, Latakia, and Aleppo provinces, controlled by numerous militant groups, most of them part of Hayat Tahrir al-Sham*.