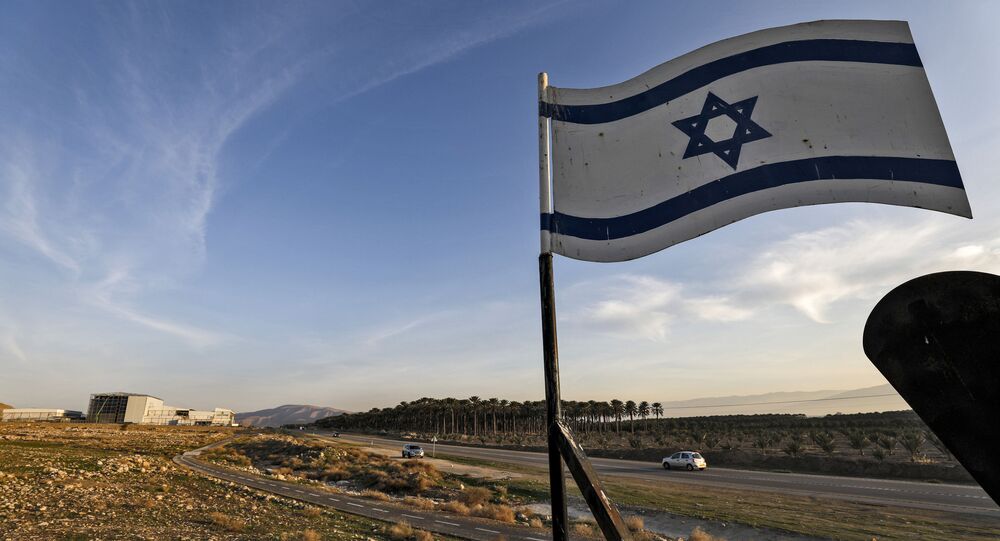 Security, Economic Threats to Thaw the Ice Between Gulf and Israel - Advisor to Bahraini Monarch

Gulf nations that have traditionally been hostile to Israel now appear to be getting closer to Tel Aviv, believes Rabbi Marc Schneier, an advisor to the King of Bahrain. But full diplomatic relations are not yet possible as long as the Palestinian issue remains unresolved.

While the official results of Israel's third general polls have yet to be announced, Prime Minister Benjamin Netanyahu, who gave a victory speech shortly after the first results started coming in, promised that his government would work to "accomplish more achievements" for the sake of Israel.

"We will extend Israel's sovereignty, we will destroy the Iranian threat, ink a defence pact with the US and sign peace treaties with leading Muslim and Arab states..." he promised to a crowd of supporters on Tuesday night.

The Warming of Ties

In the past couple of years, Israel has boosted ties with Muslim countries that have previously been hostile to the Jewish state.

In 2018, for example, the PM made a blitz visit to Oman where he met with the late leader Sultan Qaboos Bin Said where the two discussed bilateral ties and regional developments.

A year later, in 2019, Netanyahu surprised many when he visited Chad and resumed relations with the African country, vowing that more states would follow suit, a promise that was fulfilled last month, when the PM met Sudan's interim president Abdel Fattah Al Burhan thawing the ice between the two nations.

But the flirtations with Israel is a relatively new phenomenon, and history is abundant with examples of Arab hostility towards the Jewish state. In 1948, for example, when it was just created, a number of neighbouring countries declared war on the newly established state.

© AP Photo / Sebastian Scheiner
Exit Polls Show Israel's Netanyahu Coming in First, But Can He Claim Victory?
The Gulf states, however, have never actively participated in wars against Israel but they did support the Palestinian struggle through other means, including financial support, the dispatch of volunteers, and the use of boycotts and sanctions.

The situation only changed in the 1990s after the Gulf Cooperation Council, a political and economic alliance of six countries on the Arabian peninsula, ended its participation in a boycott against Israel and after the Jewish state signed a series of agreements with Arabs that included the Oslo Accords with the Palestinians in 1993 and a peace treaty with Jordan in 1994.

Rabbi Marc Schneier, president of the Foundation for Ethnic Understanding and a man who has been bridging gaps between Jews and Muslims for the past 17 years, thinks that ties will only get better with time.

"Interfaith has become chic in the Gulf and their leaders are reaching out to me for assistance for setting up Jewish infrastructure", he said over the phone.

Qatar is just one such example. Ahead of the World Cup set to take place in 2022, authorities are now working to open kosher facilities in the capital aimed at catering to the needs of Jewish visitors.

Other Gulf countries are also taking steps to get closer to Israel. In Novermber of last year, there were reports suggesting that UAE authorities would permit Israeli tourists at the Dubai World Expo set for October 2020, and more recently, it was Israel that okayed its citizens to enter Saudi Arabia for business, a revolutionary measure given the fact that earlier it only allowed visiting the kingdom for religious purposes.

Turning to Israel for Assistance

The reason for the change were twofold, thinks Schneier. First, it is “the Iranian threat” that binds Israel with moderate Sunni states such as Egypt, Jordan, and more recently the Gulf.

Saudi Arabia as well as other countries in the region eye with alarm and suspicion Iran's nuclear programme, alleging that Tehran is developing weapons of mass destruction that could potentially be used against the Arab states in the event of a confrontation. The Islamic Republic denies any wrongdoing stressing its nuclear programme serves peaceful purposes only.

"Another factor that propelled the warming of ties with Israel is the economic threat", says Schneier. With Gulf economies reliant mainly on the export of oil and gas, the diminishing demand for these resources made Gulf leaders recalculate their routes and rethink their future plans.

"We are looking at a younger generation of leaders who have been educated in the West and who also want to open up their countries for Jewish tourism, an industry that can bring in billions of dollars. But for that to happen they will need to make the Gulf more user-friendly, more open, and more inclusive".

Gulf leaders are not the only ones thinking cooperation with the Jewish state can be beneficial for their countries. Public opinion seems to hold similar views.

According to Israel's Ministry of Foreign Affairs, which conducts regular polls in Arab countries and checks the attitudes of these nations towards the Jewish state, 75 percent of respondents said relations with Tel Aviv could be beneficial for their countries.

"When President Trump decided to move the US Embassy from Tel Aviv to Jerusalem, forecasts predicted doom and gloom. In reality though nothing major has happened. Similarly, the release of the peace plan by Washington hasn't stirred any anti-Israel sentiment either", said Schneier.

Bahrain as a Pioneer

Out of the six Gulf states, Bahrain will be the first to recognise Israel, believes the Rabbi, who has been advising the Bahraini monarch. In recent years, Manama has sent signals to Tel Aviv that it was open to a deepening of ties.

It was Bahrain that led the GCC to designate Hezbollah, a Shiite militia thought to be linked to Iran, as a terror group, it was Bahrain that send a delegation of officials to Jerusalem shortly after Trump made a decision to move the US embassy there, and it was Manama that hosted the Peace to Prosperity Summit aimed at giving economic solutions to the Israeli-Palestinian conflict.

But full recognition will not be possible, says Schneier, until the Palestinian issue is resolved.

"There is a misperception that the Palestinian issue is no longer a concern to the Gulf leaders", said Schneier in reference to comments made by Israel's Prime Minister Benjamin Netanyahu on a number of occasions where he suggested that deals with Arab states were guaranteed regardless of any progress on the Palestinian front.

"This perception is wrong. They are concerned about the Palestinian plight, their dignity, and they do expect certain benchmarks to how the Palestinians are supposed to be treated. Full diplomatic relations will not happen until this conflict is resolved once and for all. But at least now there is a peace plan and I know they are pleased that such discussions are taking place".