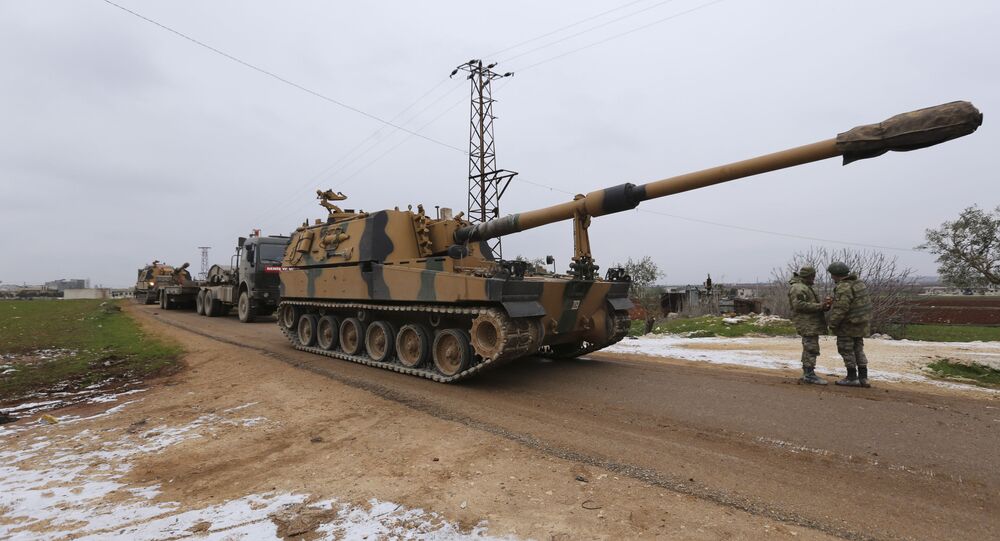 MOSCOW (Sputnik) - The West continues to ignore the deployment of troops by Turkey to Syria's Idlib in violation of international law, spokesman for the Russian Defence Ministry Maj. Gen. Igor Konashenkov said.

"No one in the West notices the actions of the Turkish side, which, in violation of international law, has deployed a strike force the size of a mechanised division to Syria's Idlib in order to 'enforce the Sochi agreements at any cost'", Konashenkov said in a statement.

The spokesman stressed that public threats to destroy all units of the Syrian government forces and return the M5 highway to terrorist control are viewed by the United States and Europe as "Ankara's legitimate right to defence".

Meanwhile, Damascus has been unfairly accused by the West of alleged "war crimes", "humanitarian catastrophe", and "flows of millions of refugees" in Idlib, Konashenkov added.

The Russian Defence Ministry's spokesman also slammed Western nations' claims about their concerns over the humanitarian situation in the Syrian province of Idlib as "total cynicism", adding that the Russian military is providing all the necessary assistance to Syrians.

"Amid the total cynicism and the West's fake concerns over the humanitarian situation in the Idlib de-escalation zone, only the Russian centre for reconciliation of the opposing sides and the legitimate Syrian government deliver to the liberated areas all the needed assistance for local residents daily", Konashenkov said.

"Syrians, tormented by terrorists, were not even aware of the existence of numerous pseudo-protectors in Europe and the United States, and of the prodigal humanitarian assistance, which was allegedly delivered over the past years", the Defence Ministry's spokesman went on to say.

Under the 2018 agreements, also known as the Sochi accords, the Turkish military was given the right to establish a dozen observation posts in the militant-controlled Idlib region and obliged to separate jihadist militias from other armed anti-government groups willing to engage in peace talks with Damascus. The agreements also stipulated the need for Turkey to take "effective measures" to ensure a lasting ceasefire in the region. Russia has recently accused Turkey of failing to live up to these commitments.