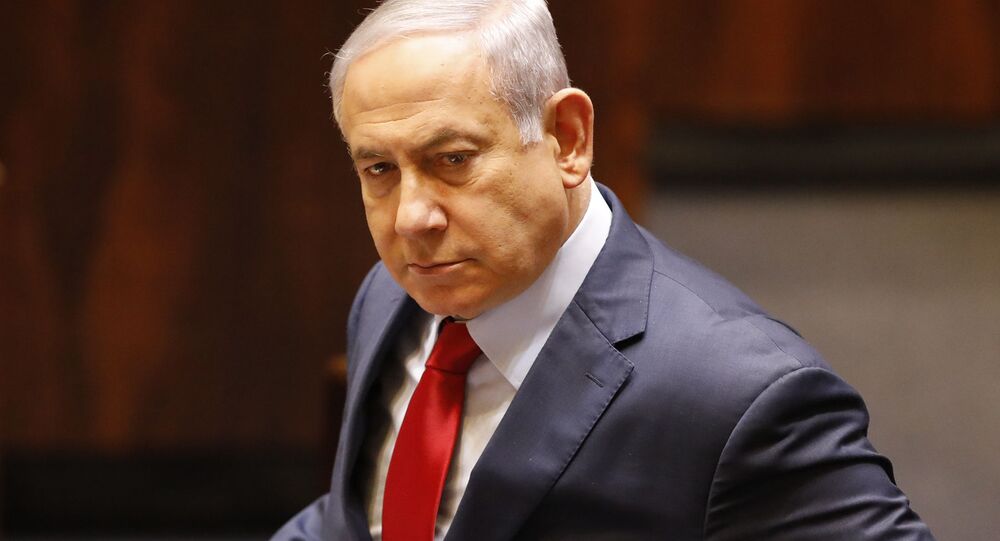 Exit Polls Show Israel's Netanyahu Coming in First, But Can He Claim Victory?

More than 70 percent out of over 6 million Israelis exercised their right to vote in the third round of general polls, making it one of the highest turnouts in recent years.

Israel has made its choice. The country's exit polls suggest that Benjamin Netanyahu's Likud party is leading with 37 seats in the 120-seat Israeli Knesset, with their rival ex-chief of staff Benny Gantz' Blue and White party falling at least three seats behind.

Although preliminary results are to be released tomorrow and the final outcome will be revealed most probably on Tuesday around noon (10AM GMT), the general feeling is that Likud has won the battle.

Yet, the real battle has only just begun. On March 11, President Reuven Rivlin is set to start a round of talks with the heads of Israel's various parties to gauge their opinion on who the next prime minister should be.

Several days later, on March 15, the Israeli head of state will give the mandate to form a government to one of the contenders. Given the gap between Netanyahu and Gantz, it will most probably be the Israeli premier.

Once the mandate is given, Netanyahu will have some three weeks to form a government. This is where it can get complicated.

In the first round of Israeli elections that were held in April 2019, Netanyahu, whose party received 35 seats, failed to form a government. Back then, the premier, who had counted on his "natural" partners, the right-wing bloc, was dealt a severe blow when Avigdor Lieberman, the head of Yisrael Beitenu party that barely passed the 3.25 percent threshold receiving 5 seats, conditioned his joining the coalition by passing a controversial draft law that would force Orthodox men to serve in the army, from which most are exempt.

That was a red line for the country's religious parties and after negotiations to bridge between the two failed, coalition talks collapsed, prompting the dissolution of the parliament.

The second attempt to form a government took place in September 2019, after another round of general polls, but that too resulted in deadlock, with neither Netanyahu nor Gantz able to reach the magic number of 61 parliamentarians.

It Won't Be a Piece of Cake

Now, however, there is a chance that the spell will be broken. Netanyahu's 37 seats coupled with the votes received by the Orthodox parties bring the bloc to 60 seats, meaning they are only one seat away from victory.

For that to happen, they will need one defector from the opposition. Earlier this week, in his interview with Israel's channel 11, Netanyahu promised "surprises", hinting that some right-wingers from the Blue and White might defect to Likud.

Yet, even if that happens, victory is still not secured for two reasons. The first is that the distribution of ministerial positions might prove to be a mission impossible.

The defence ministry is just one of the governmental offices that present a bone of contention. Within the Likud itself at least two people are seeking the job, whereas Yamina's head Naftali Bennett, who is currently manning the ministry, will surely use the seven seats he received to twist Netanyahu's arm.

The second reason is the looming trial of the premier set for March 17. Experts have already warned that Netanyahu will struggle to juggle between him holding the post of PM with spending time at court, and that might bog down his progress on coalition talks.