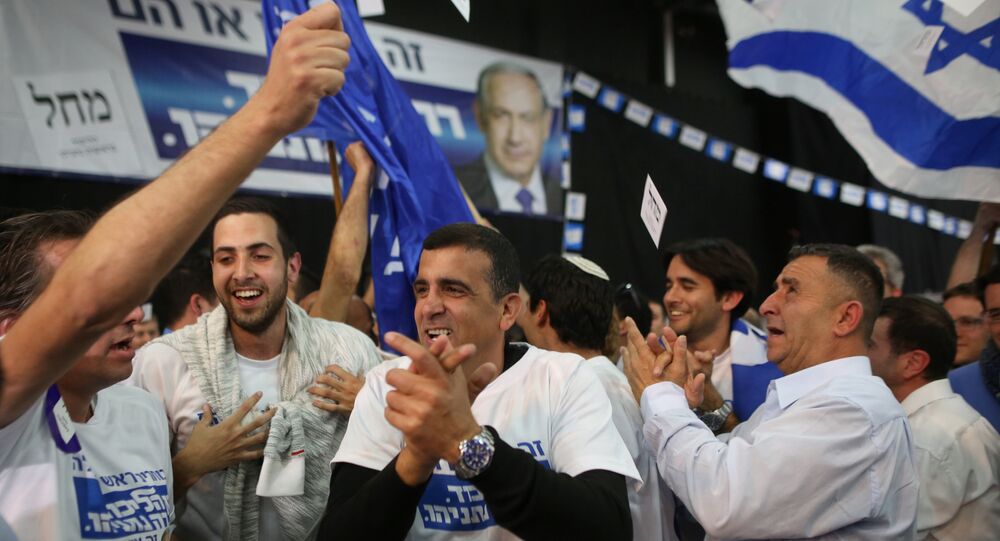 A lawsuit seeking hundreds of thousands of dollars in damages has been filed by a group of 20 Israeli citizens against Prime Minister Benjamin Netanyahu’s Likud party and the developers of Elector - a voter registration app that recently leaked the personal information of over 6 million citizens.

As Israelis awaited the results of their third general election in less than a year on Monday, the right-wing Likud party was named in a lawsuit filed in the Herzliya Magistrate's Court the previous day regarding leaks from Elector.

Sputnik reported last month that 6.4 million voters had their full names, sexes, current addresses and ID numbers compromised through a security flaw that granted all users administrative privileges to view the entire database of voters. While Likud is not the only political party that uses Elector, it is the only party that completely outsourced its voter data to the app.

The breach is regarded as one of the largest and most compromising leaks of personal data in the country’s history, according to the Times of Israel, and Likud is currently being investigated for violations of election laws regarding privacy.

“The lawsuit is intended to show that those who do not safeguard the privacy [of others] will consequently feel it in their wallets,” said Jonathan Klinger, the plaintiffs’ attorney, in a statement to the outlet. “Additionally it reminds other players in society that if they also violate citizens’ privacy there will be someone to come and sue them.”

While the app’s developers asserted that the leak would be a one-time occurrence and the flaw had been repaired, a second leak attributed to Elector’s faulty data protection took place just days after the first mishap.

Speaking on the second breach, Likud claimed the leak was conducted as a series of “criminal attack attempts against Likud websites” by “criminals acting systematically to harm Likud and the electoral process. Likud has filed yet another complaint with the police and we expect swift action to catch the criminals,” reported the Times of Israel.

Both the Justice Ministry’s Privacy Protection Authority and the National Cyber Directorate are investigating the latest leak.

Former Mossad Chief Tamir Pardo called for citizens to delete Elector, which he described as “a real, tangible danger to state security.”

“Everyone who has an Israeli SIM card can download the app,” he said late last month, as reported by the Jerusalem Post. “This means that our friends from Hezbollah can also do it, as well as [Islamic Revolutionary Guard Corps] operatives and Hamas operatives in Nablus and Gaza."