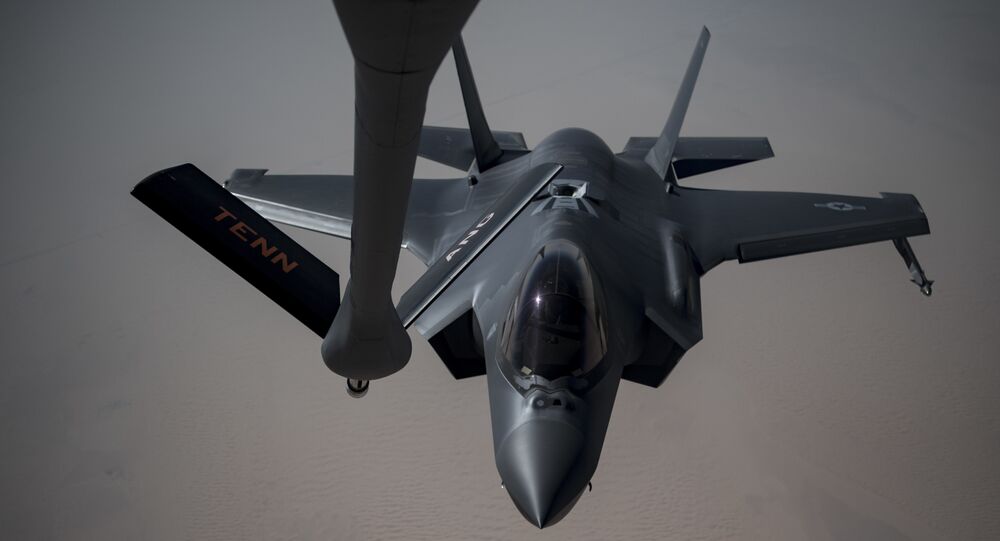 On Saturday, President Trump said the US had been speaking with President Erdogan of Turkey "a lot" over the situation in Idlib, and confirmed that the two countries were discussing Ankara's request for the temporary deployment of US Patriot anti-aircraft missile systems.

The United States will not provide air support to Turkey in the wartorn Syrian province of Idlib, Pentagon Chief Mark Esper has said, speaking to reporters in Washington on Monday.

Asked directly if US assistance would include air support, Esper responded bluntly "No."

"I should add that the the United States is looking at providing increased humanitarian aid for the persons in Syria. That's one thing I had a conversation with [Secretary of State Mike Pompeo] about that," Esper said.

The secretary of defence also confirmed that he has spoken to NATO Secretary General Jens Stoltenberg about the situation in Syria, and that NATO was prepared for anything that might happen.

Commenting on Ankara's recent move to open its borders with the European Union, Esper said that this was Turkey's decision to make.

Asked what he told his Turkish counterpart Hulusi Akar during their recent phone call, Esper said the message was that "Russians aren't always good partners."

Also Monday, Chairman of the Joint Chiefs of Staff Mark Milley said there was "no clear, unambiguous intelligence on who was flying which planes" in the deadly attack on Turkish troops in Idlib last week. Earlier, Moscow stressed that the Russian air force was not involved in the strikes in the area of Behun, Idlib where the troops were killed. Later, the MoD-affilliated Center for Syrian Reconciliation clarified that the Turkish forces were hit by Syria as it retaliated to a Nusra* offensive, with the troops operating outside of their observation posts and in the same area as Nusra militants for some reason.

On Saturday, President Trump confirmed that he had discussed Turkey's request for the temporary deployment of US Patriot missiles in southern Turkey with President Erdogan, adding that the talks were ongoing.

Idlib tensions exploded in February after the deaths of Turkish military personnel in the course of an ongoing Syrian military offensive against Ankara's militant proxies. Damascus began its operation in the wayward province in December, after repeated attacks on Syrian troops by jihadist militants.