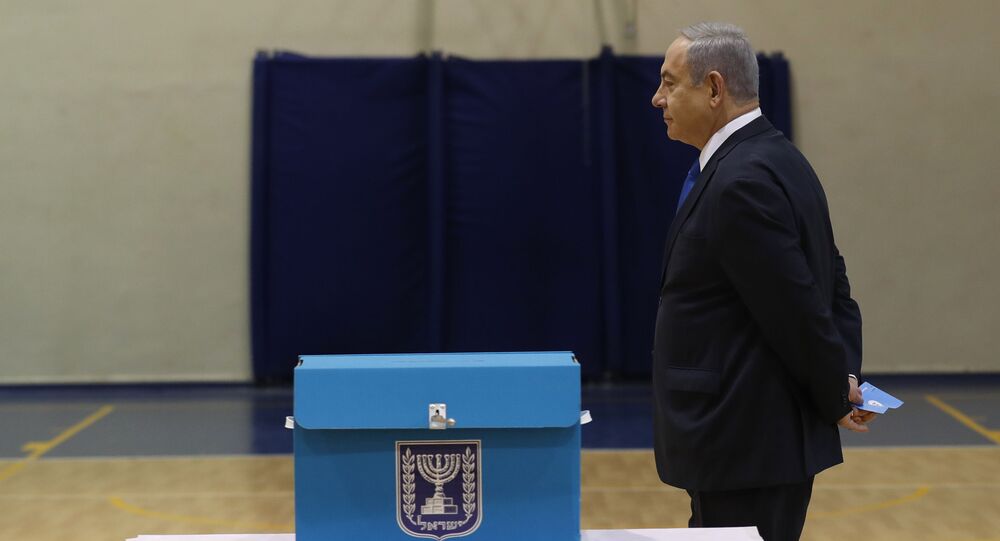 Israeli Election, Round 3: Netanyahu, Gantz and the Russian Vote

Israeli voters went out on Monday to cast their ballots in an unprecedented third general election in 11 months, after failed attempts to form a governing coalition last April and September. The fate of the country could be decided by Russian Jews.

At about 12 percent of Israel’s eligible voters, immigrants and descendants of the immigrants from Russian Jewish communities go the polls on Monday as Israel is trying to break its year-long political deadlock.

Professor Zeev Hanin from Bar-Ilan University, who specialises in Russian-speaking Jewry, estimates that this group accounts for about a million voters, of whom some 60 percent will have turned out today.

Those voters will decide the fate of 15 to 16 seats in the 120-seat Knesset – and could probably put an otherwise stalled political situation into motion.

In the two previous elections in April and September, Russian-speaking Israelis mostly supported Avigdor Lieberman, the former defence minister born in the Soviet Union – he received about 40 percent of their vote. Prof Hanin predicts that 70 percent of these voters will back Lieberman today.

Professor Hanin believes the importance of this electorate is why “all the political parties and, of course, major rivals in this election – the center right Likud and the center-left or centrist bloc Blue and White – are interested to win as many voters from of this community as possible in order to persuade them to bring Knesset seats, which might decide who will be the next prime minister in Israel”.

“It might be even ironic that the political groups that heavily criticised this community because it’s either too secular according to [some], or too right wing according to [others]…  also published their election posters in Russian in order to persuade them to vote either for a pure Jewish state… or for so-called welfare state,” he adds.

Andrey Kozhinov says of his party's programme: “Our approach is that the existing problems of the Russian-speaking sector, in particular pensions, are national-wide problems that need to be addressed at the national level; therefore, we’re saying that only a large party can solve these problems.”

“As for our programme, we are talking about large segments of the population: we are talking about pensioners, about disaster survivors,” notes Kozhinov, a former journalist who emigrated to Israel from Russia’s Kazan in 1997. “We’re talking in a broader context as well, but this also applies to what is called the Russian-speaking sector – the issue of education, supporting young families, healthcare.”

The unfathomable alliance with Netanyahu

So far, Netanyahu and Gantz are projected to tie again for a third time in a row; Lieberman has already ruled out a coalition with either of them, in line with his stance in the previous polls. If this election results in no clear winner, Netanyahu and Gantz will have to seek compromises and probably new allies. Kozhinov says that the Blue and White party does not oppose an alliance with Likud – but only if Netanyahu steps down as party leader.

The sitting Prime Minister is accused of fraud and breach of trust in three separate cases; his trial is set to begin on 17 March, following a formal indictment last month. He denies any wrongdoing.

Kozhinov insists that “Netanyahu must go to court and get all his litigations finished. And after that he can return; we, by the way, hope that he will be acquitted in all respects. But in this context, it is not possible to make any agreements with him on a rotational government. Without him, we can agree with Likud.”

Regarding foreign policy, security is a No. 1 concern for a Russian-speaking Israeli just like for any other Israeli voter.

Just like Likud, the Blue and White party, supports Donald Trump’s so-called ‘Deal of the Century’, the peace plan for Israelis and Palestinians that the latter criticised as being heavily biased toward Israel.

“In short, we support the deal of the century, except few short paragraphs, which, from our point of view, are problematic: paragraphs on transferring part of the land in the Negev, and paragraphs which say that part of the population will have to move to some kind of quasi-state entity,” says Kozhinov.

“These are very problematic paragraphs from many perspectives. From the point of view of the law, Israeli Arabs are the same citizens as everyone else, and we can’t just simply take away their citizenship and move them to some other quasi-state entity. But in general, we say that the Trump deal is the foundations for moving forward and for the future delimitation of borders. It’s important to understand what Trump’s deal means, from our point of view.”